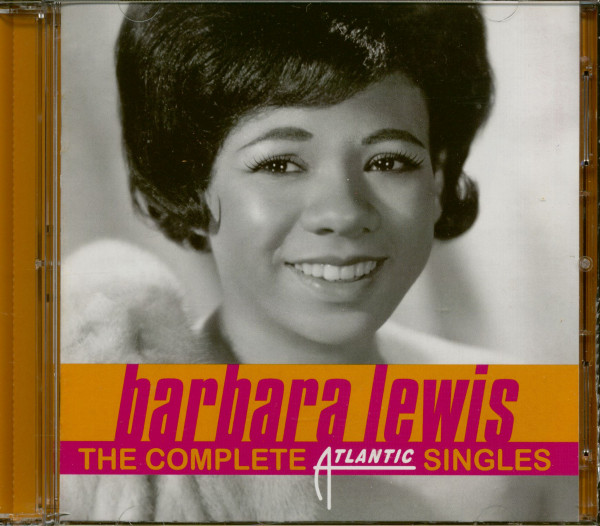 - All A- and B-sides of all 17 singles she recorded for the Atlantic label, many of them never before released on CD.

- The material is mainly loved by Beach Music and Northern Soul fans.

Van McCoy was coming into his own as a songwriter in 1965. The Washington, D.C. native had started as out as lead singer of The Starlighters, a doo-wop group that made three 1958-60 singles for End, before concentrating on composing. He'd penned recent hits for Gladys Knight & The Pips, Irma Thomas, and Ruby & The Romantics, but Barbara Lewis's seductive reading of his Baby, I'm Yours would top them all.

Lewis, born February 9, 1943 in  South Lyon, Michigan, was discovered by Ann Arbor deejay Ollie McLaughlin. Instead of bringing her to Motown, McLaughlin took the teenaged chanteuse to Chicago to produce her 1962 debut single for his Karen logo, My Heart Went Do Dat Da, which she wrote herself.Atlantic Records was impressed enough to pick up both the master and Barbara, though Ollie continued to record his protégé in the Windy City. Atlantic's faith in Lewis paid dividends when her self-penned Hello Stranger  was a 1963 R&B chart-topper and #3 pop smash. Her follow-ups Straighten Up Your Heart and Puppy Love also made some noise on the pop hit parade.

McLaughlin still occupied the producer's chair when Barbara wrapped her enticing pipes around Baby, I'm Yours, but for the first time she was recording at Atlantic's New York headquarters with a coterie of session aces that included pianist Paul Griffin, bassist Jimmy Lewis, and drummer Gary Chester. Artie Butler handled the delicious mid-tempo arrangement, Teacho Wiltshire overdubbing strings later (Bert Berns was on hand, too). Lewis admits she wasn't that crazy about Baby, I'm Yours when she was doing it, but when it sailed to #11 pop and #5 R&B she no doubt liked it better. Her next Atlantic platter, the similarly savory Make Me Your Baby, was nearly as popular before year's end. 1966 saw her pierce the pop charts three more times, Make Me Belong To You navigating the highest inroads. Lewis made her last Atlantic 45s in 1968. McLaughlin produced a '70 album on her for Stax's Enterprise imprint, and Barbara quit the business the next year. Happily, Lewis came back in the early '90s and is today a regular on oldies bills coast to coast. 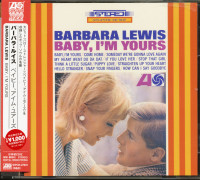