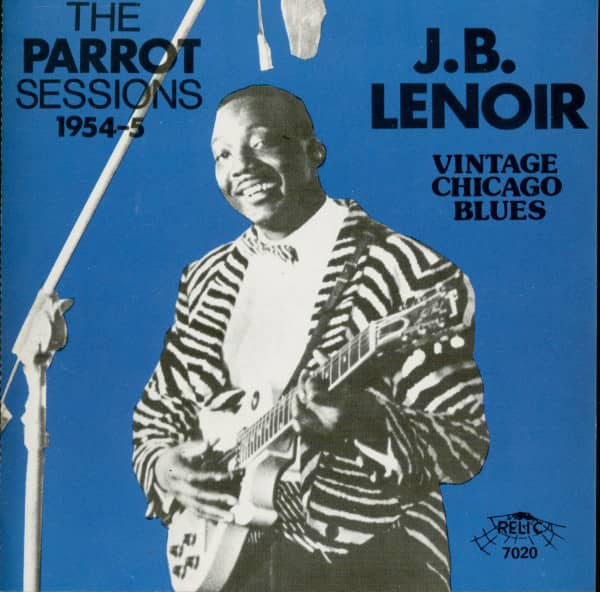 This article is deleted and can no longer be ordered!
Please inform me as soon as the product is available again.
P Secure bonuspoints now
Description
Learn more about J.B. Lenoir
Review 0
Description
(Relic) 13 tracks (36:08) including: Mama Talk To Your Daughter, Eisenhower Blues, I Lost My... more
Close menu

(Relic) 13 tracks (36:08) including: Mama Talk To Your Daughter, Eisenhower Blues, I Lost My Baby, Give Me One More Shot, Man Watch Your Women, I'm In Korea, I'm Gonna Die Someday a.o.
-
This album of vintage J. B. Lenoir material should be something for devotees of Chicago blues everywhere to celebrate and enjoy. Though J.B. has been dead for over twenty years now, his importance and appeal should neither be over-looked by historians nor ignored by listeners.
J.B.'s enduring persona as embodied in his recordings was an artist and human being who was likeable, exciting, unpretentious and reflective. Convincingly personal whether conveying pensive melancholy or extroverted exuberance, he had the gift of making his own attitudes feel universal. He gave expression through his music and songwriting to the aspirations and everyday predicaments of the common man, though with an uncommon voice and talent in his case. J.B. is rightly still renowned as the most topical modern Chicago bluesman. John Brim and Floyd Jones also recorded classics of economic protest around the same time, but J.B. had more to say about more social conditions over a longer time than either of those worthies.

In addition, his compelling boogie rhythms and ability to convey the feelings of good times even in adverse situations have led to continual covers of his songs by artists like Big Mojo (whose name conies from his show-stopping rendition of J.B.'s Mojo Boogie). Magic Sam and Magic Slim and on through the likes of John Mayall (who also issued a Lenoir memorial LP), Elvin Bishop, Johnny Winter and most recently Robben Ford, who signalled his welcome return to making rocking blues records with an LP titled afterJ.B.'s biggest hit. J.B.'s cousin, Chicago singer and guitarist Byther Smith, has dedicated his life and career to perpetuating the standards and integrity which J.B. was striving for. While it's heartening to recognize that J.B.'s fellow musicians continue his unique legacy, it's even more gratifying to get this chance to experience it first hand, via thirteen cuts from his prime, some available for the first time. (Dick Shurman)

J. B. Lenoir was born in Monticello, Mississippi on March 5, 1929. He died in an auto accident in Champaign, Illinois on April 29, 1967. Lenoir recorded regularly from 1951 until shortly before his death, mostly on Chicago-based labels such as Chess, Checker, Parrot and Relic. On some of his early records he was backed by His Bayou Boys and in 1963 he recorded several sides with His African Hunch Rhythm, a group that included Willie Dixon on second vocals. 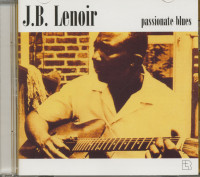 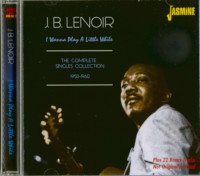 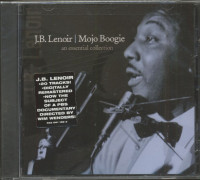