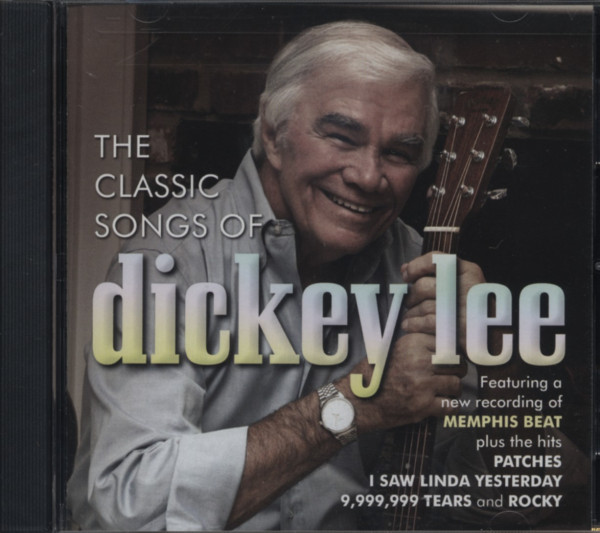 Dickey Lipscomb started out as a 'punk rocka-billy' in Florida and joined Sun in Memphis in 1957, re-cording 'Good Lovin". Born in Memphis on Sept. 21, 1943, he went to college at Memphis State having already cut three records. He re-emerged in the Sixties in Beaumont where he wrote, produced, played and sang along with Jack Clem-ent at Hallway Records.

He hit in the `sob-pop' market with Patches', and migrated to Nashville, writing such C&W standards as 'She Thinks I Still Care' and renewing his own vocal career in 1971 with 'Never Ending Song Of Love' and other hits for Epic and RCA.

$19.45
The Classic Songs Of Dickey Lee
Tracklist
Lee, Dickey - The Classic Songs Of Dickey Lee CD 1
01 Patches
02 She Thinks I Still Care
03 I Saw Linda Yesterday
04 Laurie (Strange Things Happen)
05 Never Ending Song Of Love
06 Ashes Of Love
07 Rocky
08 9,999,999 Tears
09 Angels, Roses And Rain
10 The Door Is Always Open
11 You're The First Time I've Thought About Leav
12 Let's Fall To Pieces Together
13 I've Been Around Enough To Know
14 Everybody's Reaching Out For Someone
15 I'll Be Leaving Alone
16 Memphis Beat
Funktionale