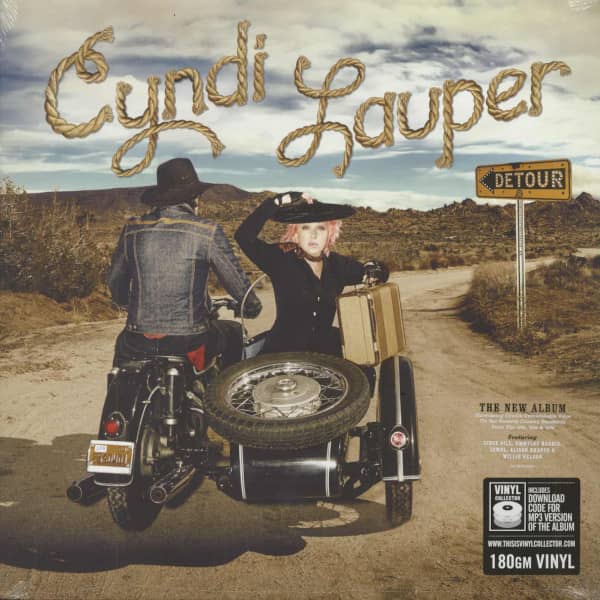 In 1984, Cyndi Lauper exploded into superstardom with a vengeance, scoring four Top Five hits from her debut album, She's So Unusual. As much of a commercial monster as that record was, it took a few months for it to catch fire, not entering the Top Forty until four months after its October 1983 release. Her show at Cleveland's Agora Ballroom on December 14 of that year could have hardly been timed betterto catch her atthe threshold of success. With audience and artist still unaware of how iconic She's So Unusual was to become, Lauper stormed most of the record's songs, including the soon-to-be hits "Girls Just Want to Have Fun," "Time After Time," and "She Bop." As a treat for Lauper lovers, there were also a couple songs from her 1980 album as lead singer of Blue Angel, as well as another Blue Angel relic that wouldn't be released until a few years later.

Historically, Cleveland's often been among the first US cities to pick up on breaking artists, and an appreciative audience turned out for her show at the Agora, a still-running venue that had presented many top local and international rock acts since the late 1960s. This concert took place a few weeks into the Fun Tour, which had kicked off on November 22 and took in no less than 101 shows (mostly in North America) before finishing in December 1984. Backing her at the Agora, as she announces in her band introductions, were John Kay on bass; Sandy Gennaro on drums; John McCurry on guitar; and Kenni Hairston on keyboards. Although Lauper seemed like an overnight success when she stormed into the charts in 1984, her big break was many years in the making. As she confirms in a brief interview segment during this show, only a year before this concert, she'd been waiting tables in a Japanese restaurant. It was one of many odd jobs she took in the years before her solo debut, which wasn't exactly her debut in any case, as she'd fronted Blue Angel's self-titled 1980 LP. Issued on Polydor and featuring a more rockabilly-retro-flavored sound than She's So Unusual, it wasn't a success, Lauper leaving to embark on a poppier solo career.

Cyndi hadn't forgotten her Blue Angel roots, however, digging into her old band's repertoire for three songs at the Agora. "I'm Gonna Be Strong," a big 1964 melodramatic pop hit for Gene Pitney, had been covered on the Blue Angel album. "Maybe He'll Know," the encore at the Agora show, had led off that LP, and had been performed by Lauper in Cleveland three years previously, though as she plaintively notes when introducing the number, "you guys didn't show up"; the song would be re-recorded for Lauper's 1986 album, True Colors. "What a Thrill," a rockabilly-new wave hybrid not all that far from some of X's material, had been demoed by Blue Angel, and would likewise be redone by Lauper as a solo artist, appearing on the UK B-side of her 1986 single "Change of Heart." "I guess you could say we were rockabilly," Cyndi said of Blue Angel in a January 1985 story in BAM magazine. "I wrote and arranged most of our stuff. But nothing always fell into place.

There was some magic in Blue Angel, but it didn't happen very often." When a follow-up album was in consideration, she added, "There were people they [Polygram] wanted me to copy. But the singers they wanted me to copy, I didn't think they were as good as me." Lauper moved into perkier new wave pop for She's So Unusual, however, and focused on those album's songs for her Agora show. Every track save "All Through the Night," in fact, was featured, though "All Through the Night" would end up being one of the Wt. Luna: aneth four big hits from the record.

The other smashes are here, of course, and "Girls Just Want to Have Fun" was likely already on its way to becoming the first of those, judging from her remark "I think you know this" as the song gets into gear. Also keep an ear out for the '20s tune "He's So Unusual"; she was backed by vaudevillian piano when she sang it on the album-of-nearly-the-same-name, but seems to be backed by ukulele here. Lauper might have been told to sound like other people when her career was in danger of expiration, but by the time of this recording, she was on the verge of making it big by sounding like herself "Throughout my career," Lauper told BAM, "I've always felt there was something very noodgy about the sound of my voice, which I thought was a terrible thing.

So I worked my butt off, literally, to change that sound, but I never could quite get the noodgy stuff out. The noodge is always there. "When I heard the sound of some real old records, I heard other singers that had that sound, that different sound, that noodge, you know? So, in a way, I guess it's been a blessing, even though I was always told that if I didn't sound like a flock of so-and-so's or the human so-an er love lost Now an inspired misfit turned ti weirdness into wealth—and, hell, she bops! d-so's, I'd never be successful." 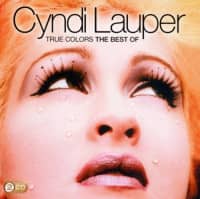 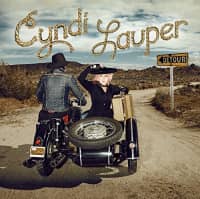 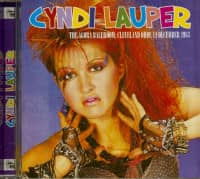