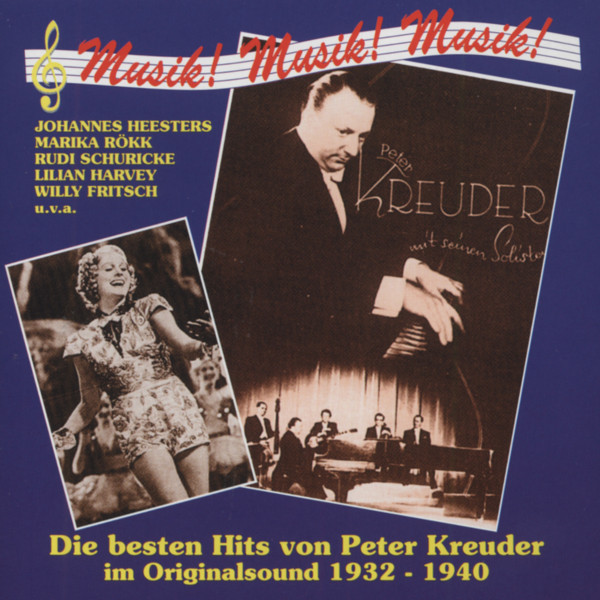 
'Have you heard me today?' - Admittedly, such a question sounds slightly provocative, but in the case of Peter Kreuder it certainly has its justification. In fact, from the mid-1930s it was almost impossible to 'escape' the hits, chansons and film scores of Peter Kreuder. No matter where you went, at home on the radio, in the caflaus (almost all of them had a small salon orchestra at that time), in the cinema or in the tram - everywhere you played or whistled 'I do not need millions, I do not miss a penny for good luck '-' I want 'I was a chicken' or 'For a night of bliss'. Kreuder's music was popular everywhere. .

Born in Aachen on August 18, 1905, he was presented to the public six years later as a 'prodigy' when he performed a Mozart piano concerto in Cologne in the famous 'Gürzenich' and with the Gürzenich Orchestra under the baton of his conductor Hermann Abendroth. Kreuders further training took place in Munich with Sigmund von Hausegger, Hans Röhr, Hermann von Waltershausen and in Berlin with Ferruccio Busoni.

The true career of Kreuders begins in 1929 when he becomes Rudolf Nelson's wing partner in the legendary Nelson Theater, and as early as 1931 he writes the music for his first full-length feature film. 'Cadets' was the name of the strip. Georg Jacobi directed and Albert Bassermann played the lead role. It went on and on. 1932 there were already three films that were musically cared for by Kreuder. 'Peter Voss the Million Thief' (Lead role: Willi Forst), 'When the donkey is too well' and 'The golden glacier'.

In 1933, Peter Kreuder created a sensation in Paris when he produced some records with chansons with Marlene Dietrich, who had traveled from the USA, and the well-known French orchestra WalBerg. Back in Germany, Kreuder established himself more and more in the film business and experienced in 1935 with the music to 'Mazurka' his first major international success. Kreuder is constantly on the search for new musical effects and forms of expression. He experiments with his film music with a novel instrument, the Trautonium, and is even a sought after interpreter of his and other hits, which he recites on the Neufchstein wing, only discreetly accompanied by percussion and percussion. In addition, the nature of an adventurer was in Kreuder.

In 1940, during a concert tour through Scandinavia, he relocated to Sweden and immediately became active in music. After a tour of Switzerland in 1942, he lightheartedly climbs a plane that has to land on its journey to Sweden in Berlin Tempelhof. There he is promptly arrested by the SS. Happiness in misfortune, because you need it. So he is not put in a concentration camp, but still charged with the composition of film scores. After the war, Kreuder moved to South America for a few years. In 1948 he was hired to Buenos Aires. His manager, however, preferred to disappear with the entire revenue. So Kreuder stood almost before nothing ... 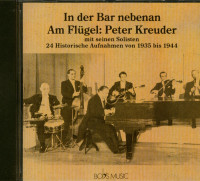