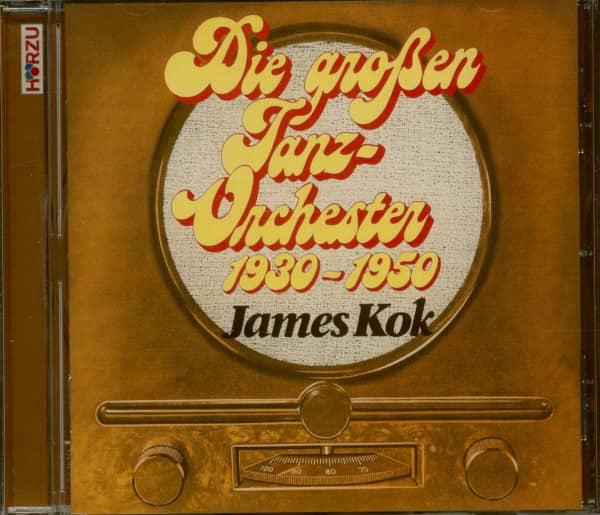 Born and raised in Romania, Arthur James Kok studied the violin at the Prague Conservatory and came to Germany at the age of 19. In 1923 he founded his first small dance orchestra in Berlin, which grew steadily over time. Kok's orchestra will soon be performing at the Delphi Palace, the Wintergarten and the Moka Efti City: Coke men make the hottest big band sound! In the summer of 1933 Kok signs a long-term contract with Deutsche Grammophon. The later most notable recordings were made in winter 1935 (for the 47000 series of the DGG), including the "Tiger Rag", "White Jazz" and "Jazznocrazy". (From 1934, the pianist Fritz Schulz-Reichel, see "Crazy Otto"/"50s").

In 1935 James Kok - because of his "non-Aryan" mother and public expressions of sympathy for Jack Hylton on the index of the brown rulers - had to leave Germany: He is banned from playing by the regime as an "unwanted foreigner". Kok hands the orchestra over to his clarinettist Erhard Bauschke. He himself founded new orchestras first in Romania, then in Switzerland.