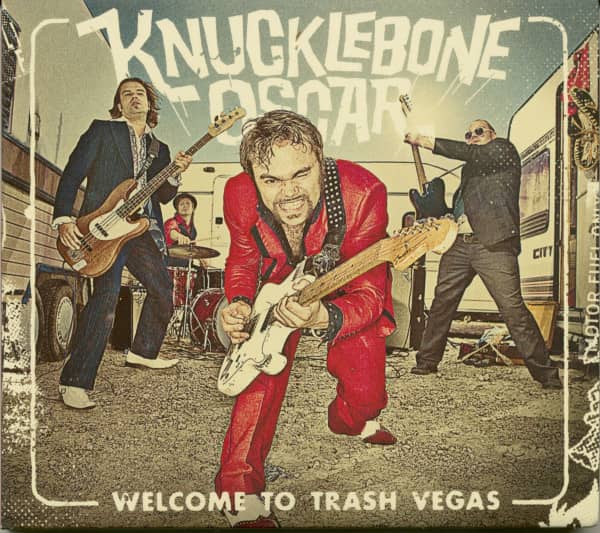 (Rookie) 11 tracks.
On their fourth album 'Welcome To Trash Vegas' the Finns go back to the roots of the band: Blues, Rock n Roll, Hillbilly, Surf. A wild mixture that offers something for everyone. The resurrection of Chuck Berry, Little Richard and James Brown, garnished with modern influences.

Since guitarist Tommi Ollikainen left the band, Jarkko "Big Mac" Viinamäki, a 100 + kg chunk, is now on the record. Besides Oscar he gives the second Irrwisch on stage and on the new album he also contributed to the songwriting.

We hear eight own and three cover songs, recorded at Culture House Helsinki and mixed by Rami Helin, who also sat on the podium for "Back from the Jungle". The mastering was done by the legendary Jürgen Hendlmeier. Definitely their best album!