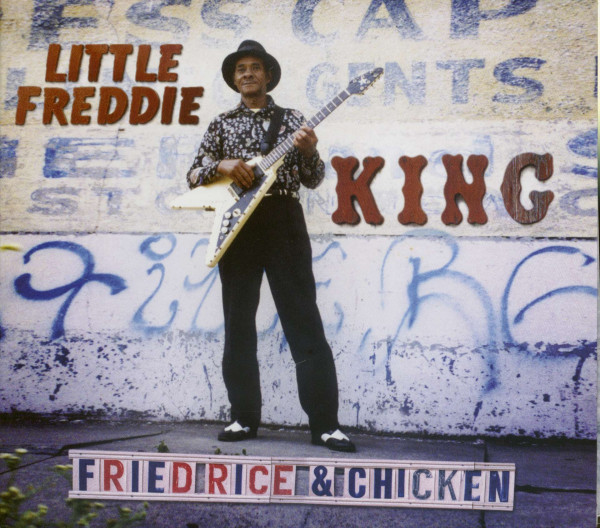 After its release, King played major European and American festivals. He appeared on magazine covers and newspaper front pages. He made TV and film appearances, including HBO's Treme and the title sequence of NCIS: New Orleans. And Orleans Records licensed Swamp Boogie's opening song. -Cleo's Back," to the Tom Hanks, San-dra Bullock 2011 movie, Extremely Loud and Incredibly Close.

King's profile grew in 1979 and the 1980s when he received cobilling with Percy Randolph at the New Orleans Jazz and Heritage Festival. Randolph was known as the singer-harmonica player who pedaled his amplifier equipped bicycle through New Orleans neighborhoods. King eventually emerged as a front man. He got his first singular billing at Jazz Fest in 1988.

Rouzan met King in the 1960s because his father was a blues fan. "I was about 10 years old," Rouzan says. "He was friends with my dad. My old man would bring Freddie to our house. We had an old guitar and amp. Fred-die would get on that thing and wind it up. I used to stand in the corner and listen. That was it. I was bit by the blues."

King's duo with Polka Dot Slim, Rouzan re-calls. was similar to the Brownie McGhee, Sonny Terry's harmonica-guitar duo. "Polka Dot Slim was an amazing harmonica player."
In the 1960s and later, Slim, King and their peers gigged at little neighborhood bars pa-tronized by residents in the immediate vicin-ity. "People right there in the neighborhood," Rouzan says, -not people from miles around, going to the hear the music. All that is all gone now, but at the time, wherever there was a hole in the wall, Freddie and Polka Dot Slim were there."

About 25 years after King's visits to the Rouzan home in the '60s. Gary Rouzan was a family man working as a printer at The Times-Picayune. He happened to see a photo in a blues magazine identified as Little Freddie King. Not recognizing the musician in the photo, he brought the magazine to his father, confident that the photo's caption was incorrect. "My dad looked at it and said, `That's Freddie.' I'm like. `What happened?' And then I realized I hadn't seen Freddie in 25 years." King, Rouzan's father added, was still in town, still playing the blues.

"Freddie was just getting little gigs in New Or-leans then," Rouzan says. "That's all that was happening for him."  Rouzan reconnected with King and became his manager. He concluded that making an album would help his old friend's career. Rouzan contacted Carlo Ditta, producer, mu-sician and owner of Orleans Records. "I could have gotten Freddie some little gigs, but without a product. I couldn't have gotten him better gigs," Rouzan says. 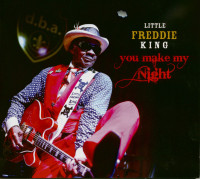 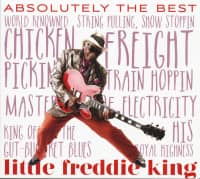 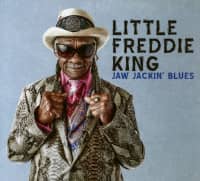