5-CD Boxed Set, LP-size, with 80-page hardcover book, 64 tracks. Playing time: 363:47 minutes.
Completes the Freddie King story, with all of his 1974-75 RSO studio recordings (some with label-mate Eric Clapton) and four jam-packed discs of sizzling mid-'70s live performances. Bear Family's first Freddie King box was one of our best-selling, best-reviewed sets EVER! This is the exciting sequel. Contains Freddie King's acclaimed 'Burglar' album, produced in England by Mike Vernon, as well as rarities and an unreleased version of That's All Right. Most of the riveting live performances on this immense box are previously unreleased, and all are beautifully recorded in crisp, clear stereo. No bootleg quality sound here! Beautifully designed accompanying book features plenty of photos, a full discography, and extensive liner notes that include fresh interviews with Mike Vernon, trumpeter Darrell Leonard (who produced six of the live tracks), and one of Freddie King notable '70s sidemen, pianist David Maxwell.
This 5-CD boxed set picks up right where Bear Family's first mammoth and highly acclaimed Freddie King box, 'Taking Care Of Business 1956-1973', left off, chronicling the last years of the great Texas-born blues guitarist's legacy with RSO Records, where, of course, Eric Clapton also recorded. Freddie King's producer, Mike Vernon, had previously founded Blue Horizon Records, England's top blues label. Vernon would helm Freddie King's first RSO album, 'Burglar,' in Great Britain; the set spotlighted Freddie King high-energy attack in a funky soul-laced setting. One song on the acclaimed album was cut in Miami with Tom Dowd producing and Eric Clapton on second guitar. Also included are several more studio-cut gems, including a previously unreleased version of Jimmy Rogers' That's All Right, and Freddie King's last Vernon-helmed single for RSO, done in L.A. with the city's top R&B session aces.
The other four discs capture Freddie King in all his onstage glory, working his magic in front of appreciative live throngs. The great majority of these in-concert performances have never been released until now; they're all professionally recorded in sparkling stereo with Freddie King crack touring band in tow and Freddie King in typically dazzling form. The last live number dates from a month-and-a-half before Freddie King's tragic December 1976 death, featuring him in a guitar-wielding guest role as Clapton sings Farther Up The Road. 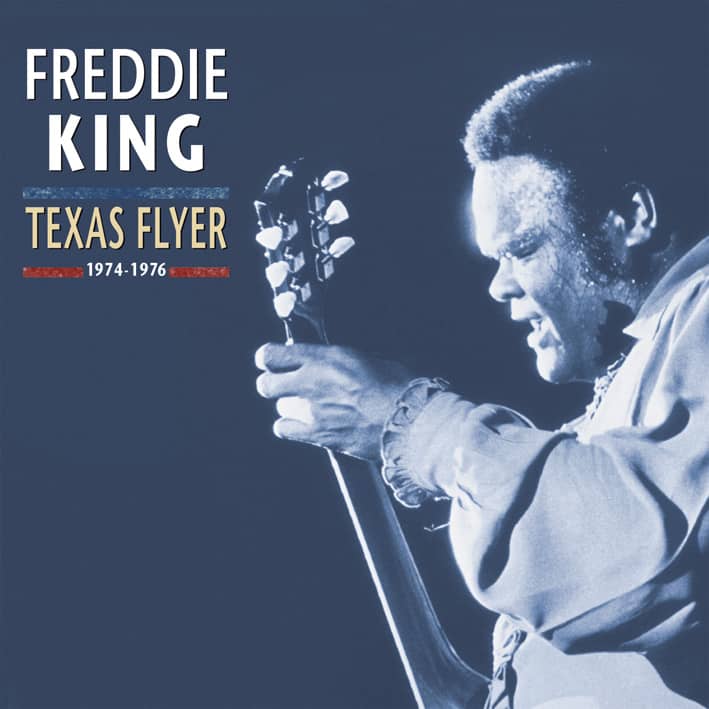 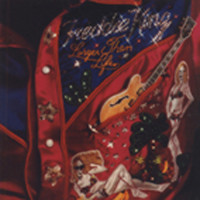 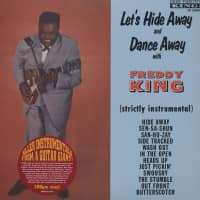 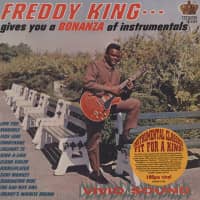