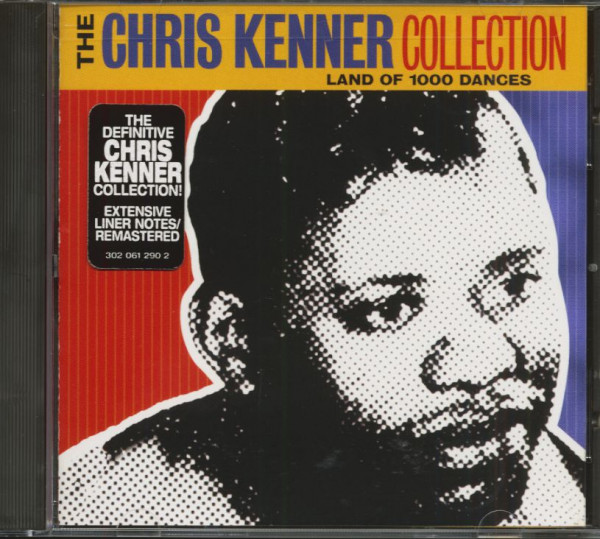 Chris Kenner was born on 25 December 1929 in Kenner, Louisiana, a suburb town of New Orleans. He started out as a spiritual singer with the New Orleans Harmonising Four, and it was a marriage of gospel and New Orleans R&B which gave his records such a distinctive flavour.

This latter song has been covered countless times by artists like Wilson. Pickett, Fats Domino and Tom Jones. Kenner has also re-corded without much success as a comeback for Baton, Imperial (Sick And Tired'), Prigan and Uptown amongst others.

Review 0
Read, write and discuss reviews... more
Close menu
Customer evaluation for "The Collection - Land Of 1000 Dances (CD)"
Write an evaluation
Evaluations will be activated after verification.
Weitere Artikel von Chris Kenner
Chris Kenner: I Like It Like That (CD) Art-Nr.: CD151662