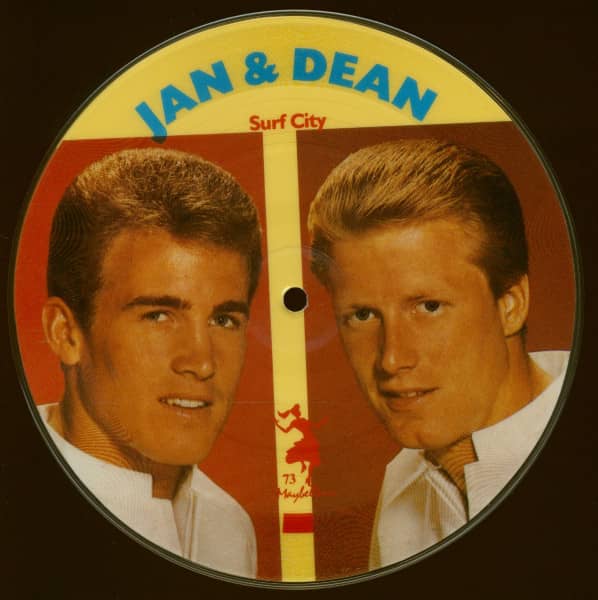 Think of 1960s 'surfer' music and two groups immediately come to mind: The Beach Boys and Jan & Dean. Jan Berry was half of the duo and sang lead on The Beach Boys' 1966 hit Barbara Ann.

Jan Berry was born in Los Angeles on April 3, 1941. In high school he met Arnie Ginsburg and Dean Torrance. The trio formed a musical group, The Barons, and Berry and Ginsburg began writing songs. In 1958, Jennie Lee, an ode to an LA stripper, was recorded in Jan's garage. Credited to Jan & Arnie, it became a hit, reaching #8 on the Pop Chart. One more Jan & Arnie side followed before the Jan & Dean line-up rolled up 24 chart singles. Their hits ended in 1966, a few months after Jan was left in a coma after wrecking his car speeding through Dead Man's Curve.

What inspired Berry and co-writer Jill Gibson to respond to Buffy Sainte-Marie's anti-war anthem, Universal Soldier, is unclear. Both the Donovan and Glen Campbell versions of the song were on the charts in fall '65, but neither sparked the kind of controversy that Eve Of Destruction did. When he co-wrote The Universal Coward, Jan had no direct stake in the Vietnam War. He had no military background, unlike Dean, who had done an Army Reserve stint. So it's interesting that Dean was sufficiently put off by the lyrics of Coward… that he did not want his name on the label.

Jan & Dean made a comeback in the late '70s on the back of the made-for-TV biopic 'Dead Man's Curve.' While there were no new records produced, the duo performed their hits on the 'oldies' circuit.