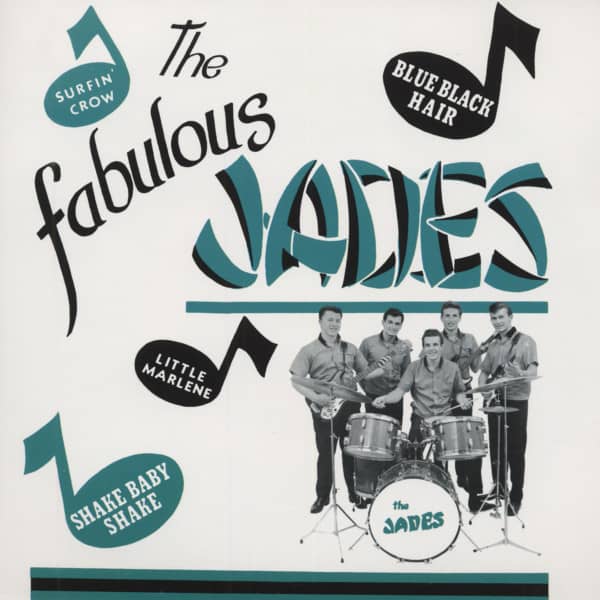 (2006/Norton) 4 tracks
& ,-
Two-pair 1964 Minneapolis double shotters hit hep hi-fis by popular demand! Wailin’ Trashmen style tempo-tramplin’ wild ones.
The Bird (Crow) is the word but you’ll have it made with the Jades!
& ,-
England's Beatles may have been taking the Nifty Fifty by storm in February 1964, but not without a duke out in the charts with Minneapolis locals the Trashmen, who were peaking nationally at the same time with their homegrown Surfin' Bird. Before the end of the month, another wild Minnesota combo called the Jades, from nearby Bloomington, took a swat at The Bird with their self-penned Surfin' Crow. The band had an unusual beginning, when members of a Shakopee combo called the Volcanos were moonlighting in a bogus Danny and the Juniors, led by local singer Danny Stevens. One night Stevens fired the entire group (Ritchie Ricci, Wally Todd, Frank Marino, Tom Ries and Les Swenson) on the bandstand, causing them to simply go outside and change the marquee to The Jades..... to continue on backcover.