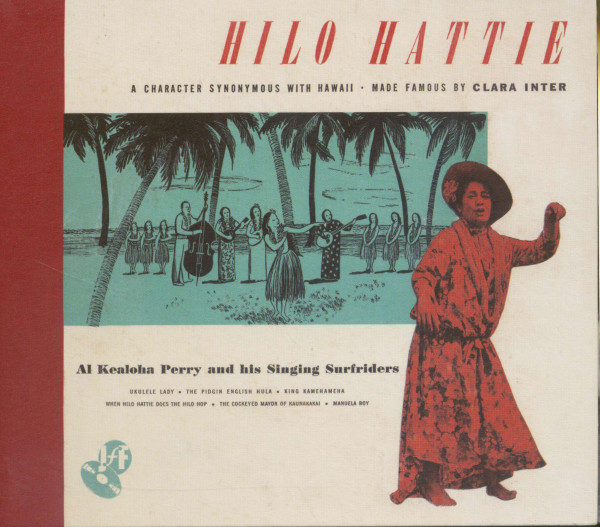 Born Clarissa Meleka Haili in Honolulu, she practiced hula moves as a youth, displeasing her religious mother. After marrying Theodore Inter in 1930, she became a Honolulu schoolteacher. Growing restless in her day job, Inter joined Louise Akeo’s Royal Hawaiian Girls’ Glee Club in 1936. This 25-member chorus performed in a nightly revue at Honolulu’s Royal Hawaiian Hotel. While entertaining tourists on a Pacific cruise, one of the troupe’s hula dancers fell ill before a performance. Undaunted, Inter stepped forward and broadly parodied the dancer’s showcase number, 'When Hilo Hattie Does the Hilo Hop.' When the audience roared its approval, Inter found her signature song and a new career.

Inter was featured in a 1942 Betty Grable musical, Song of the Islands; she also had a small role in Elvis Presley’s 1961 feature Blue Hawaii. She abandoned her busy tour schedule in 1960, but continued performing in Hawaiian nightspots until her 1977 retirement.