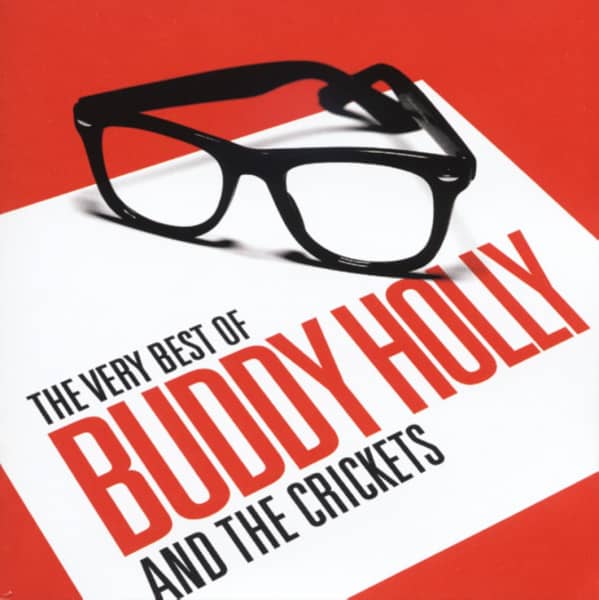 Singer/songwriter/guitarist born Charles Hardin Holley in Lubbock, Texas in 1936. He was one of the most innovative and influential rock'n'roll artists, and the very first professional rocker to play a Fender Stratocaster. Backed by the Crickets – Niki Sullivan (guitar), Joe B. Mauldin (double bass) and Jerry Allison (drums) – he recorded his first hit, 'That'll Be The Day', at the Norman Petty Studio in Clovis, New Mexico in 1957, following on with 'Peggy Sue', 'Oh Boy!' and others.

He had a promising career ahead of him when he was tragically killed in a plane crash on 2 February 1959 together with Ritchie Valens and the Big Bopper. He was inducted into the Rock and Roll Hall Of Fame in 1986 in the first cohort.

Buddy Holly
Buddy Holly was born on Sept. 7, 1936, in Lubbock, Texas, and christened Charles Hardin Holley. Lubbock's geo-graphical position meant that Holly would have heard hillbilly, Mexican and black music on the radio during his formative years, this cosmopolitan musical background was to prove vital to the versatility he latei displayed in his own work. As a youngster he took up the violin, but soon changed to guitar. He showed an early interest in C&W, and while still at school had his own show on KDAV, the local radio sta-tion. He was partnered by Bob Montgomery, and in 1954 they made some hillbilly demo records which were posthu-mously issued as Holly in the Hills. Together with bass-player Larry Welborn, Buddy and Bob would sometimes fill the 'local talent' spot when travelling package shows visited the area. As a result of this exposure, and with help from KDAV disc-jockey Dave Stone, Nashville agent Eddie Cran-dall and publisher Jim Denny, Buddy Holly was signed to Decca in 1956 to cut some singles in Nashville. Two were released without success, and before his contract with Decca was up Holly was beginning to look elsewhere, guessing that the option would not be renewed.

Although Decca handled Holly rather insensitively (i.e. no more nor less off-handedly than any other bright young hopeful) these early sessions did produce at least two Holly classics, 'Midnight Shift' and 'Rock Around With 011ie Vee', and Holly worked with musicians like Sonny Curtis and Jerry Allison who were later to be involved in the Crickets. The tapes were eventually issued as That'll Be The Day. Allison and Holly had been schoolfriends, and had often played together as a drum /guitar duo. The limitations of this line-up helped forge their style, the smooth switch from rhythm to lead in Buddy's guitar-playing, the versa-tility of Jerry's drumming. In 1955, when the two started playing together professionally, it was still unusual to find drums in a country line-up. Soon after his last Decca session, Holly started working at Norman Petty's studio in Clovis, New Mexico.

Petty, who was also a middle-of-the-road band leader, was a pioneer of the small, independent recording studio, he was also unusual in that he charged per song rather than per hour, which put less pressure on musicians. Holly, Allison and Welborn, to-gether with a vocal quartet which included Cricket-to-be Niki Sullivan, recorded 'That'll Be The Day' and 'I'm Look-ing For Someone To Love' in February, 1957. Petty first submitted the songs to Roulette in New York, since they had already had hits originating from his studio with Buddy Knox and Jimmy Bowen. They weren't interested, but Holly and the Crickets were soon signed by Coral. The record made No. 3 in America and No. 1 in Britain, and was fol-lowed with almost equal success by 'Oh Boy' / 'Not Fade Away'. By this time, Joe Mauldin had become the Crickets' bass-player, with Niki Sullivan on rhythm guitar. Before long Petty, who had quickly assumed a managerial position, began to record Holly solo as well as with the Crickets, though the musicians were often the same. Holly's first hit under his own name was 'Peggy Sue', late in 1957, followed in Britain by 'Listen To Me' and in both countries by 'Rave On' and the Bobby Darin number 'Early In The Morning' (by which time, mid-1958, Holly had begun to record in New York without the Crickets as well as in Clovis). After a British tour with the Crickets in that year, Holly married Maria Elena Santiago and moved to New York. The rest of the Crickets didn't want to make the move and so split from Holly. This was probably inevitable. Petty was trying to broaden Holly's career and one of the first results was to record him with the Dick Jacobs Orchestra (notably `It Doesn't Matter Anymore').

Holly's backing group on live . dates at this time included Tommy Allsup, whom he had brought into the Crickets earlier to play lead guitar (it is a mistake to assume that Holly fulfilled this role on all his records). Other notable musicians with whom Holly worked at this time were saxophonist King Curtis, and the young Waylon Jennings, whose first solo record, 'Joie Blon', was produced by Buddy Holly. Early in 1959, Holly's career was at a crossroads. In spite of the significant early impact both with the Crickets and as a solo performer, in spite of his own single-minded attitude towards success and the attempts he was making to create the basis for a long career, there was little in strict commercial terms to suggest (except with hindsight) that he was any different from many other rock performers of the time. It is, of course, inconceivable that, had he lived, he would not have risen further from the pack and still be accorded the respect that his prolific few years have so justly earned for him. He died on February 3, 1959, together with Ritchie Valens and the Big Bopper soon after taking off from Mason City airport in Iowa, en route between package-tour concerts in Clear Lake and Fargo. His current record, 'Heartbeat', was barely making an impact on the Hot Hundred. The first posthumous release, 'It Doesn't Matter Any-more' PRaining In My Heart', was a huge hit in both Ameri-ca and Britain.

And in Britain a series of processed tapes put out by Norman Petty kept him in the charts until the mid-Sixties, while an album of his best-known tracks was still in the Top Ten of the budget-price charts ten years earlier. Buddy Holly said 'We owe it all to Elvis'. Countless stars of the Sixties owe a similar debt to. Holly. He was one of the two great singer / songwriter /musicians of the pop Fifties (the other being Chuck Berry). He was a pioneer of the subse-quently-standard two guitars/ bass / drums line-up, and of double-tracking. Almost anything that a pop song can say was said by the twenty-two-year-old Buddy Holly nearly two decades ago. 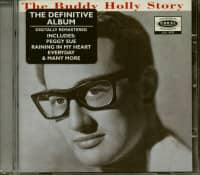 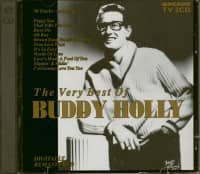 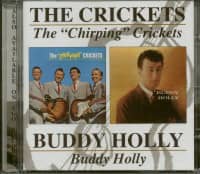 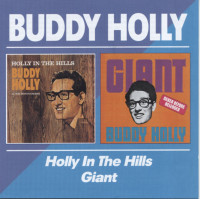