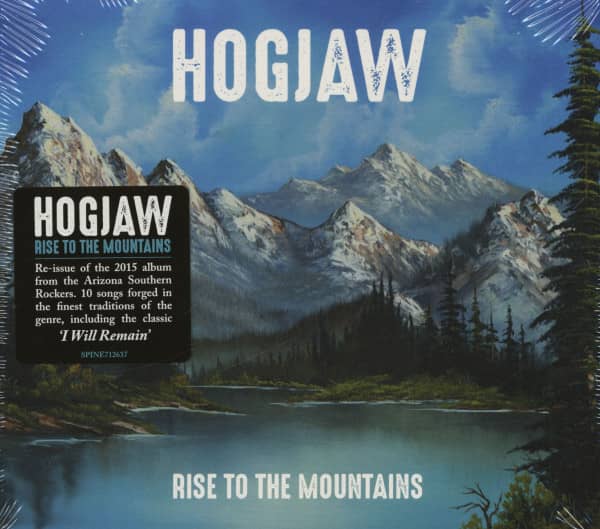 Hogjaw: Rise To The Mountains (CD)

(Snakefarm Records) 10 Tracks, Digipack
The fifth studio work to date contains, as you might guess from the very nice cover, a lot of country influences, so the definition "country rock" describes it better than Southern rock.

The almost eponymous opener of the album, "Rise To The Mountain", promises to be a classic blues rock ? la CLUTCH in the first half of the song, but from the second half the song changes into a nice "country rock" like THE ALLMAN BROTHERS BAND used to play. The great work of the newcomer on lead guitar, Jimmy Rose, has to be praised at this point for the melodic country leads - great!

Such dreamy melodic parts can be found on "Rise To The Mountains" every now and then, like in "Leavin Out The Backside" and "I Will Remain". Also the lyrics could come from the pen of WILLIE NELSON. The lyrics of HOGJAW are basically about the country and past times, where also the amber nectar of the southern states gets a few lines.