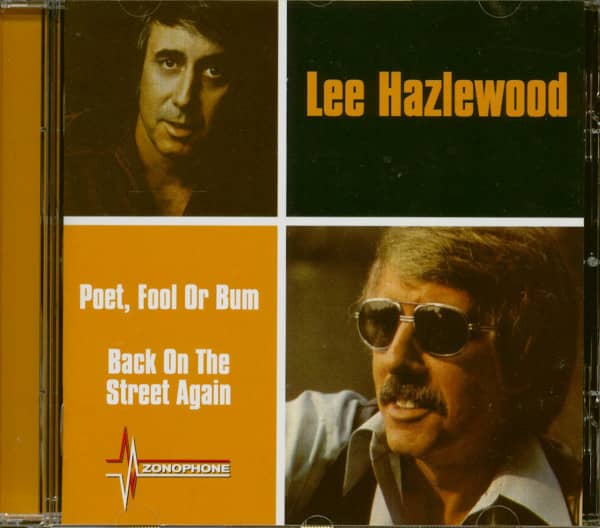 Lee Hazlewood: Poet, Fool Or Bum And Back On The Streets Again (CD)

Known from the fifties to the seventies largely for his writing and production skills, Hazlewood's myriad solo albums were pretty much overlooked until the eighties and nineties when the likes of Nick Cave and the Tindersticks hailed him as a maverick influence. His deep-well vocals, sly humour, and shades-of-purple lyrics are quite unique. Thurston Moore once labelled his sound "country exotica."

Hazlewood's reputation was initially built on his Duane Eddy productions in the fifties: I 958's Rebel Rouser, using a grain tank for an echo chamber, had a guitar sound to sink the Bismarck. Phil Spector and John Barry both spent time with Lee in the studio picking up production tips. His earliest songwriting success came with Sanford Clark's booming country-blues The Fool, a US top 10 hit in 1956.

But it was These Boots Are Made For Walking a full ten years later that truly made his name and began a run of million sellers and fabulously exotic records concocted by Lee for Nancy Sinatra. This also kickstarted his solo career, which had been intermittent up to this point - most years in the late sixties and early seventies, there were at least two new Lee Hazlewood albums on the market. It's just that you had to live in Sweden to track most of them down.
He was born Barton Lee Hazlewood on the 9th of July 1929 in Mannford, Oklahoma. His father was an oilman and his peripatetic lifestyle rubbed off on his son. "Every year I move so people can't find me" he told journalist Kieron Tyler in 1999. "I like to live places where nobody has heard of me."

Article properties: Lee Hazlewood: Poet, Fool Or Bum And Back On The Streets Again (CD) 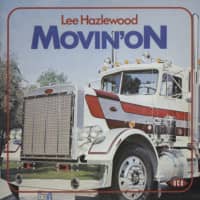 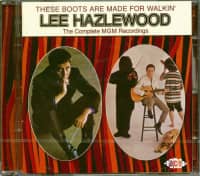 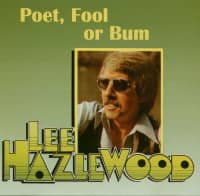 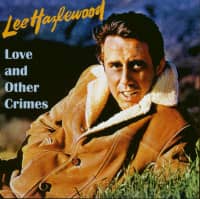 Tracklist
Hazlewood, Lee - Poet, Fool Or Bum And Back On The Streets Again (CD) CD 1
01 Poet, Fool Or Bum
02 Heaven Is My Woman's Love
03 Kari
04 Feathers
05 Nancy And Me
06 The Performer
07 Come Spend The Morning
08 Wind, Sky, Sea And Sand
09 Think I'm Coming Down
10 Those Were Days Of Roses (Martha)
11 Back On The Street Again
12 Save A Place For Me
13 Your Thunder And Your Lightning
14 Suddenly Tennessee
15 You Make It Look So Easy
16 A Rider On A White Horse
17 Smokey Put The Sweat On Me
18 Dolly And Hawkeye
19 Beginning To Feel Like Home
20 New Box Of People
21 Dolly Parton's Guitar