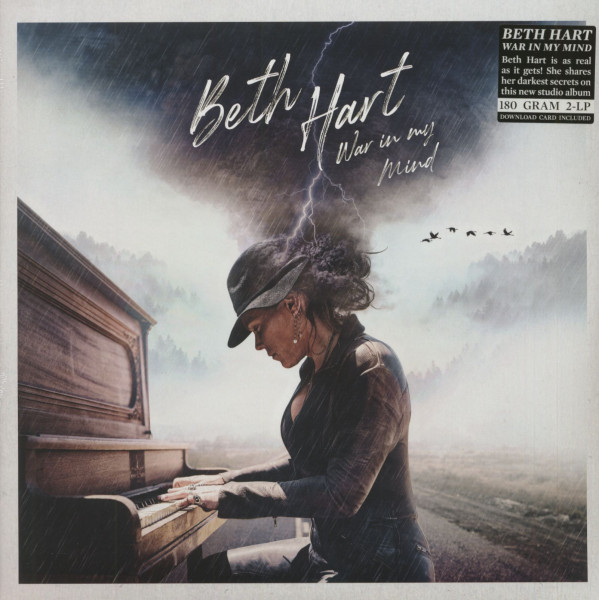 War In My Mind
She's back. Just one year after her Kollabo album with Joe Bonamassa, Beth Hart presents her new solo album in 2019.
War In My Mind is the 13th studio record of the American singer, musician and blues rock icon with the incredible voice - her most personal and intimate work to date.
Hart has recorded twelve songs for it. And they are about the highs and lows of their lives, about love and family, but also about the struggle with themselves, about loss and about their drug addiction.
A foretaste of War In My Mind came with the title song, a beautifully jazzy piano ballad that grows into a great rock anthem!