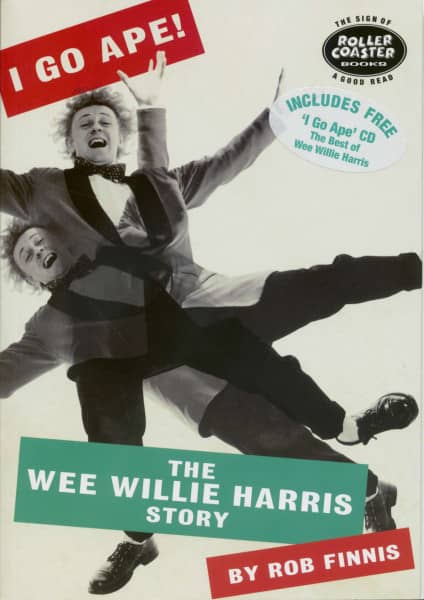 Sporting a cascading cluster of long pink curls and garish drape jackets with his name emblazoned across the back, or cavorting half-naked in leopard skins, Wee Willie Harris brought a flash of technicolor to grim and grimy post-war Britain. Thrust untrained into the entertainment spotlight, Harris was briefly a star without portfolio in the earliest days of British Rock'n'Roll when he swung to a solid beat while others stumbled and fell. Learning as he went, he quickly developed into a capable entertainer with a lifelong career ahead of him.

Delving into his story, Rob Finnis discovered an unassuming and talented man who perhaps was not taken as seriously as he might have liked. Now in his eighties, Harris continues to perform and, as Paul McCartney said of him, the old voice still sounds great'. Generously illustrated with previously unseen photographs from Harris' private collection, `I Go Ape!' comes with a CD of his best recordings including several previously unissued tunes.

'What a fabulous perfomer.'
Matt Monro

'I first saw Wee Willie Harris on the Tonight show with Cliff Michelmore in 1958. He stood up on on his own & played piano & sung, 'Yes it's me & I'm in Love Again'. I thought he was fantastic. He was my kind of act. The next time I saw Wee Willie he was supporting Cliff Richard at Walthamstow Granada in 1959. He came on in a leopard skin leotard & dived in the piano singing 'I Go Ape'. Cliff Richard & the Shadows (then known as the Drifters) were good, but Wee Willie's act was more memorable. He was & still is one of Great Britain's greatest Rock'n'Rollers.'
Chas Hodges

'Wee Willie Harris, one of the most neglected and underrated stars of the British Rock Scene. He was there at the birth of Rock in the UK. His pink hair was a great gimmick to start with, but although that and the leopard skin gained him international recognition, it tended to divert the attention from his perfor-mance as a blues and rock singer of considerable ability. Perhaps this book with first-hand knowledge, great research and a 'best of CD will provide the key to unlocking the true qualities of Wee Willie Harris, Rock God! '

About the author:
Born in Athens, Greece, Rob Finnis has been in the music business one way or another since he was 18, lurking in Denmark Street and producing his first 45 (now an expensive collectors' item) at Abbey Road. He has written for Rolling Stone, Oz, NME, Sounds and various specialist magazines and has compiled and annotated inumerable CDs, most notably for London-based Ace Records for whom he works as a consultant. He penned the first biography of Phil Spector and co-edited, with Nick Logan, The NME Book of Rock. Wee Willie Harris, though he was never going to topple the Stars off their high perch, had a distinctive character (there's no mistaking who he was) that appeals to Rob's taste for the bizarre and the overlooked. 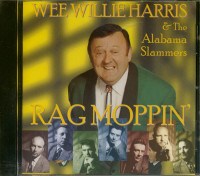 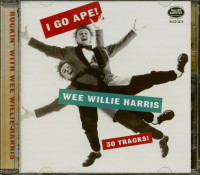