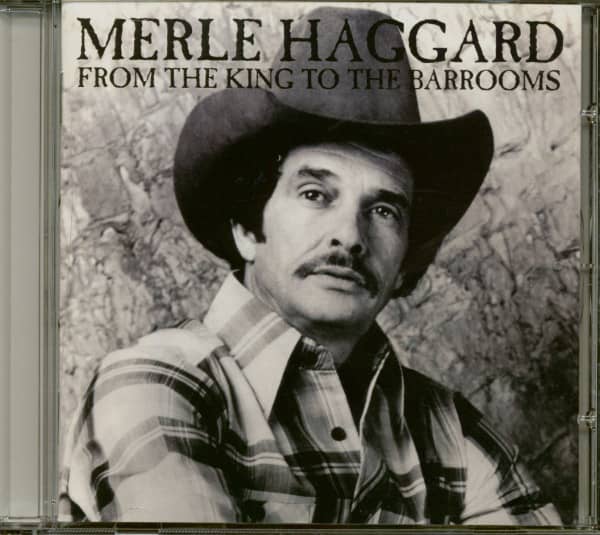 This article is deleted and can no longer be ordered!
Please inform me as soon as the product is available again.
P Secure bonuspoints now
Description
Learn more about Merle Haggard
Review 0
Description
(Hump Head) 24 tracks (73:00) with 16 page booklet including all lyrics. From The King To The... more
Close menu

Merle Haggard: From The King To The Barrooms (CD)

He also pays tribute to Elvis Presley with the incisive From Graceland to the Promised Land released just a few weeks after the King passed away back in 1977. At the time Merle had been working on an
album of Presley classics done in his own inimitable style. This was rushed out very quickly, and though many criticised it as something of a 'cash-in', you can tell when listening to his distinctive renditions of
Blue Suede Shoes, That's All Right and Love Me Tender that this was a heartfelt tribute to a musical idol by a genuine fan.

Merle Haggard is one of the most imitated and admired artists in country music - the living, breathing link between Jimmie Rodgers, Lefty Frizzell, Randy Travis, Keith Whitley, Garth Brooks, Clint Black and Brad Paisley. He has also written dozens of standards that have been performed by artists as diverse as Willie Nelson, Dean Martin, Elvis Costello, Dwight Yoakam, the Grateful Dead, Dolly Parton and Gram Parsons.His influence on performers outside of the country mainstream has often been overlooked, or just ' simply ignored, yet there is no doubt that his songs and singing style has made a big impact outside of the tight confines of country music. As a commentator on the human condition, he has few peers; as a country singer, he is pretty near perfect He breathes an anchoring sense of reality into lyrics that aim to be spiritually poetic. It is his heartfelt exploration of life's complexities that makes his music so heartfelt, moving and thoroughly embracing. (Alan Cackett)

Article properties: Merle Haggard: From The King To The Barrooms (CD) 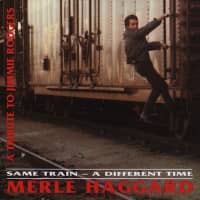 Tracklist
Haggard, Merle - From The King To The Barrooms (CD) CD 1
01 Misery And Gin
02 I Think I'll Just Stay Here And Drink
03 Back To The Barrooms Again
04 I Don't Want To Sober Up Tonight
05 Leonard
06 When My Blue Moon Turns To Gold Again
07 Make-Up And Faded Blue Jeans
08 Love Me Tender
09 Are You Lonesome Tonight?
10 My Own Kind Of Hat
11 Red Bandana
12 Blue Suede Shoes
13 Footlights
14 Don't Be Cruel
15 If We're Not Back In Love By Monday
16 Take Me Back And Try Me One More Time
17 I'll Always Be Glad To Take You Back
18 That's All Right
19 It's Been A Great Afternoon
20 Ramblin' Fever
21 It Makes No Difference Now
22 I'm Always On A Mountain When I Fall
23 Rainbow Stew
24 From Graceland To The Promised Land
Funktionale