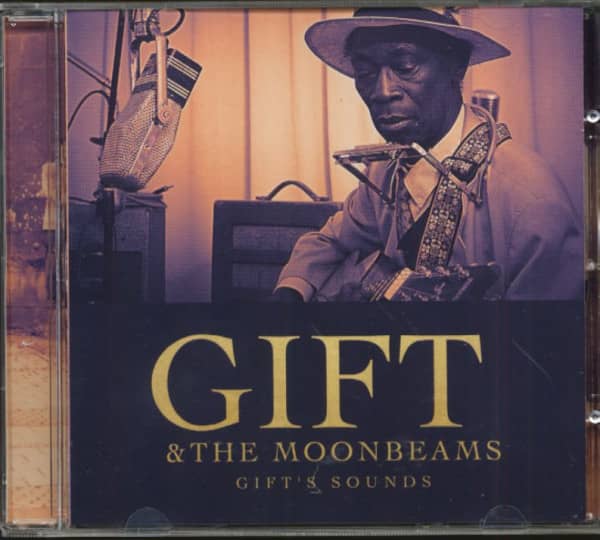 (2016/Rhythm Bomb) 11 Tracks - Deluxe Ecopac - This is the brand new record of wellknown Blues- und Jazzmusician GIFT MUSARURWA on RHYTHM BOMB. GIFT MUSARURWA is the younger brother of Jazzmusician AUGUST MUSARURWA from Simbabwe, who wrote the hit 'Skokiaan' which was recorded by PAUL ANKA, BILL HALEY, HERB ALPERT, LOUIS ARMSTRONG and many others. GIFT is a natural talent and started in age of 12 playing piano. In 1967 his first band band SCORPIO BROTHER was formed. He shar the stage with musicians like JETHRO SHASHA, ELISHA JOSAMU or CHRIS CHABUKA and played in bands like THE SMILING LIZARDS, BUTTERFLY BLUES BAND aswell as in duos like KLAUS AND GIFT. Today GIFT lives in Nuremberg, Germany.. His new band the THE MOONBEAMS backed him up on these recordings that have been cut at MOONSHINE RECORDS in Munich. Twelve songs, most of them written by GIFT, show the talent as singer aswell as songwriter. Songs like 'Mary Ann', 'Mapuleni Chikashana', 'Poor Boy' or 'Shahuri Ya Pombe' are a mix between classic down to earth Blues, Folk-Blues and Rhythm n Blues with some spice influence from Ragtime and World Music.