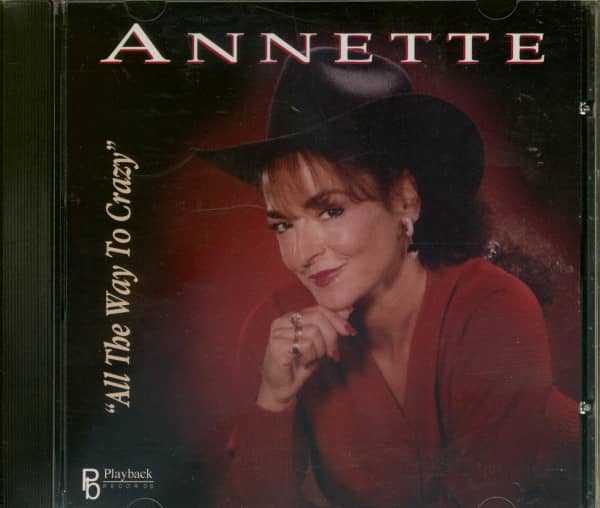 This article is deleted and can no longer be ordered!
Please inform me as soon as the product is available again.
P Secure bonuspoints now
Description
Learn more about Annette Funicello
Review 0
Description
All new Country recordings. more
Close menu

Annette Funicello: All The Way To Go Crazy (CD)

When on a spring evening in 1955 Walt Disney saw a pretty, talented twelve-year-old performing in her dance school's annual recital, he knew he'd found just what he'd been looking for: the twenty-fourth and last member of the cast of the new chil-dren's TV series he was planning. Only a few months later Annette Funicello set a pair of black felt ears atop her brown curls and marched onto the set of The Mickey Mouse Club, and into the hearts of millions of Americans.

From then on, nothing would ever be the same.
Whether as a Mouseketeer, as a Top-Forty singing idol, as the reigning sweetheart of the classic Beach Party films, or as the familiar "Skippy Mom" of TV commercials, Annette (who almost instantly became known by her first name alone) has been a beloved star for nearly four decades. In her charm-ing autobiography, A Dream Is a Wish Your Heart Makes, the wholesomely sexy (and eternally youth-ful) girl next door looks back with equal parts of wit, wistfulness, and wonder on her remarkable career, and gives us a privileged look behind the scenes at some of the most cherished landmarks of our popular culture.

As the shy only daughter of a close-knit Italian family, Annette was unprepared for the phenome-non The Mickey Mouse Club would prove to be, and in these pages we learn not only about the thrill of appearing on the show but also about the pleasures and challenges her own status of favorite Mouseketeer brought. It was through Walt Disney's encouragement that she later undertook her successful recording career, and in her account of her years as a teen idol we learn what it was like being the youngest member of Dick Clark's ardu-ous Caravan of Stars tour, as well as the difficulties her popularity placed in the path of her first romance with Paul Anka (who presented her with the sublime gift of "Put Your Head on My Shoulder," which he wrote in her parents' living room). Next came the movies, and a series of beloved Disney films (including her own and her fans' favorite, Babes in Toyland), until, with Mr. Disney's blessing, she headed for the beach and a role in the epochal Beach Party. Even though, as Annette confesses, she never really liked the beach (it frizzed her hair), she was delighted to be enthroned with her friend Frankie Avalon as one of the great cinema couples.

At the peak of her career Annette chose marriage and motherhood, and for over twenty years appeared only occasionally in films and TV shows. By the late 1980s, however, she was eager to per-form again. and along with Frankie made a new beach film, Back to the Beach, and launched a tri-umphal comeback tour. It was during this period, after she experienced a series of puzzling symp-toms, that she discovered she had multiple sclero-sis. Her subsequent struggles with her condition, and her ultimate decision to make it public, bring A Dream Is a Wish Your Heart Makes to a poignant and inspiring conclusion-one that will draw her even closer to the millions of fans who, from the start, have dreamed along with her. 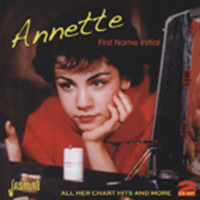 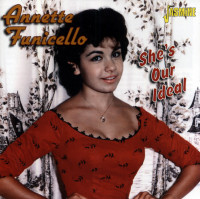