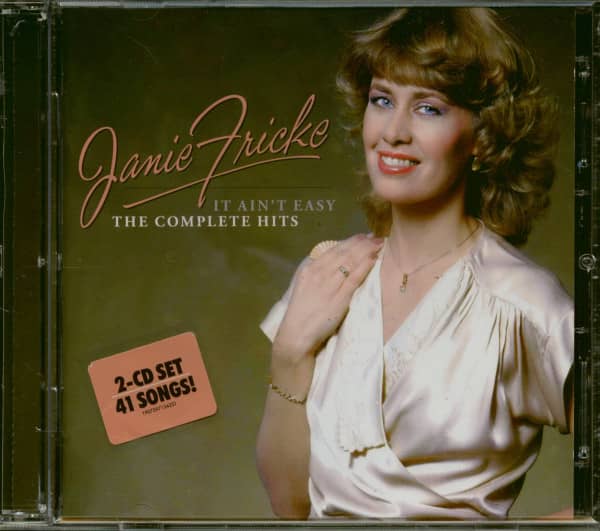 Born on a farm in Indiana, Janie Fricke came up in the music business the old-fashioned, dues-payin way. First came commercial jingles (Red Lobster for the seafood lover in you was hers), then a move to Nashville, where she became an in-demand background vocalist for the likes of Dolly Parton, Barbara Mandrell, Crystal Gayle, Ronnie Milsap, Lynn Anderson, Tanya Tucker, Conway Twitty, and Eddie Rabbitt.

But it was a line she sang (Shut out the light and lead me) in Johnny Duncans hit Stranger that proved to be her breakthrough, leading to her signing a recording contract with Columbia in 1977. But still, chart success was slow in coming, until producer Billy Sherrill, recognizing Janies uncanny ability to wring every possible emotion out of a lyric, recast her as a ballad singer. The result was absolute chart domination, as Janie scored six number one hits (Dont Worry Bout Me Baby, It Aint Easy Bein Easy, Heartache (Looking for a Place to Happen, Lets Stop Talkin About It, and Your Hearts Not in It) in the space of two short years (1982-1983), landing two Country Music Association awards for Female Vocalist of the Year in the process.

Now, Real Gone Music is proud to present all of Janie Frickes chart hits in one place. The two-CD set It Aint EasyThe Complete Hits presents 41 songs spanning the years 1977 to 1989, including not just her solo smashes but her chart-topping duets with Charlie Rich (On My Knees), Merle Haggard (A Place to Fall Apart and her later hits under the name Janie Frickie (adopted because she got tired of folks mispronouncing her last name).

And, as a special treat, Janie herself penned the liner notes, which are accompanied by previously unseen photos. A long-overdue, comprehensive look at a true country great (whos still out there wowing audiences today)! 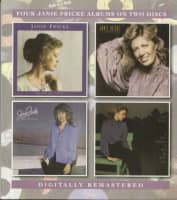 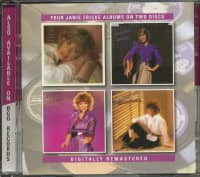