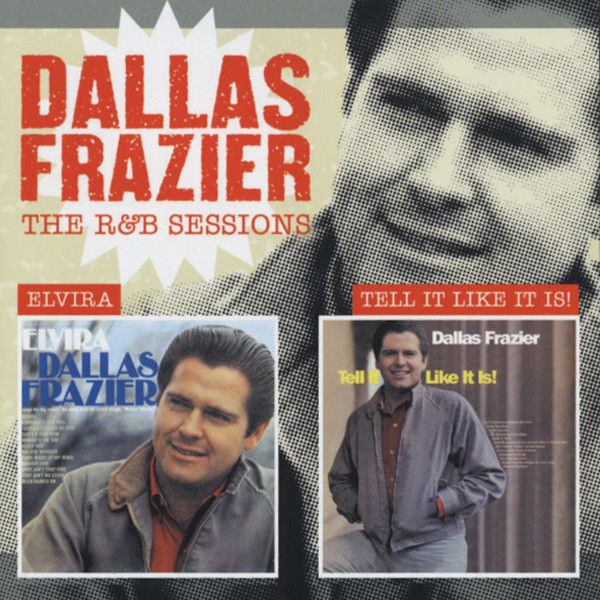 Please inform me as soon as the product is available again.
$25.39 *

Dallas Frazier: The R & B Sessions - Elvira - Tell It Like It Is

Article properties: Dallas Frazier: The R & B Sessions - Elvira - Tell It Like It Is

The Oklahoma-born Dallas Frazier was twelve years old when he won a talent contest at Bakersfield's Rainbow Gardens. Ferlin Husky, who led the house band and emceed the show, was so impressed with the kid's abilities that he invited Frazier to move into his home and permanently join his band. The Capitol label released Frazier's debut single in 1954, when he was just fourteen. That same year, Dallas met Phoenix DJ Lee Hazlewood while he was performing in Arizona. By 1959, Frazier had scored a major pop hit as a songwriter when Gary Paxton's Hollywood Argyles took his Alley Oop to #1.

Still impressed with his skills as both a songwriter and performer, Hazlewood, who produced Duane Eddy for Jamie Records, helped Dallas secure a deal with the Philadelphia-based company. Recorded in Phoenix, I Can't Go On became the A-side of Frazier's lone Jamie release. "They brought me back to Philadelphia in '59 and put me up for about a week back there and wined and dined me and put me on 'The Dick Clark Show,'" Frazier recalled. "It was just a shot in the dark and didn't do anything, but they were nice to me. They took me around to different radio stations and a few big clubs. They took me to New York and Boston, and I would say it was the most promotion I ever had on a record."

Though he later returned to Capitol before going on to record for RCA Victor, Frazier is best known today for writing major hits by other artists, such as Mohair Sam,There Goes My Everything, If My Heart Had Windows,  Beneath Still Waters, and Elvira.