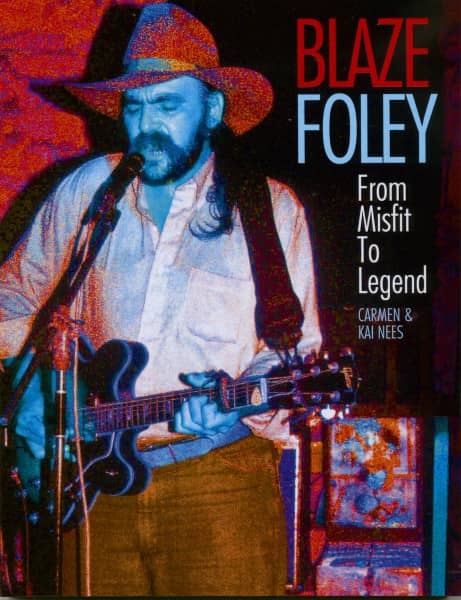 Paperback 214 pages, Carmen Nees Verlag, language: English
Blaze Foley (Michael David Fuller)
18. Dezember 1949 in Malvern, Arkansas — 1. Februar 1989 in Austin, Texas
This book was put together in memory of Blaze Foley, a singer-songwriter whose life ended in tragedy. Almost 30 years after his passing, his songs have lost none of their quality, charm and relevance.

Unfortunately, we have never had the pleasure of meeting him or seeing him in concert. We only became aware of his music long after his passing.

We are not aiming to rewrite history. This book is a collection of articles originally published elsewhere, texts we commissioned specifically for this book and texts we wrote ourselves – from interviews we conducted with Blaze’s friends, companions, fellow musicians and people who knew him well. Some of them we met in person, some of them sent their accounts via email, some we talked to on the phone.

We hope you enjoy this book and we hope it makes you want to listen to Blaze’s music.