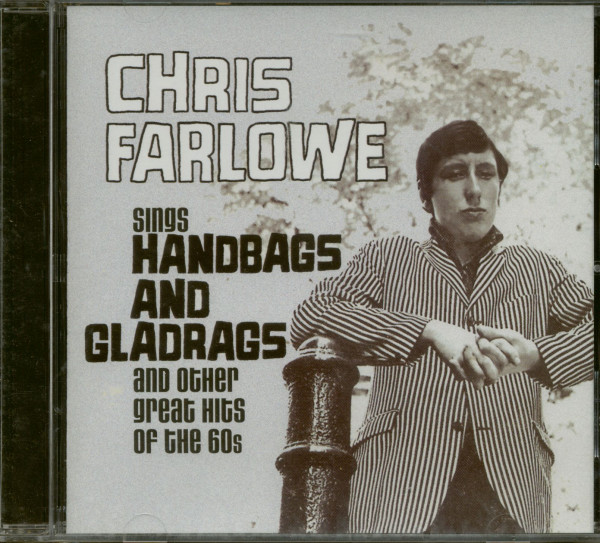 Chris Farlowe: Sings Handbags And Gladrags And Other Great Hits Of The 60s (CD)

Article properties: Chris Farlowe: Sings Handbags And Gladrags And Other Great Hits Of The 60s (CD)

Chris Farlowe began his musical career while studying in London with the John Henry Skiffle Group. From 1962 he was the head of the Thunderbirds.
In the mid 1960s he recorded a number of singles for Immediate Records, including both soul classics and Rolling Stones titles. His version of ''Out Of Time'' became very popular and reached the first place in the British single charts. Mick Jagger produced this 2-minute short version for Farlowe in April 1966 and sang in the choir himself. Jimmy Page and Albert Lee also played the guitars on this recording. The Handbags And Gladrags'' written by Mike d'Abo and later successfully adapted by Rod Stewart was also very successful.

After a US tour with his own band The Hill, he joined Jon Hiseman's legendary jazz rock group Colosseum in 1970, where another ex-Thunderbird, keyboardist Dave Greenslade, played. The new line-up recorded the LP ''Daughter Of Time'', which contained original compositions and a remarkable cover version of the current Jack Bruce song Theme for an Imaginary Western. The following double LP Colosseum Live illustrates Farlowe's vocal range, which ranges from bombastic pop to rough rhythm and blues to jazzy scat. Colosseum was dissolved in 1972, followed by a brief interlude with the electrophonicists Atomic Rooster. He appeared on the albums Nice'n' Greasy and Made in England.
In the following years things calmed down a bit around Chris Farlowe. He released a live album in 1975 with the help of Albert Lee. The album was unsuccessful and after that Farlowe withdrew to run a shop for World War Memorabila, a bar and a wine shop. It was not until Alexis Korner's 50th birthday in 1978 that he returned to the limelight (The Party Album).

The eighties until today

Despite an extensive series of releases, there were no great successes in his solo career.
In 1982 he collaborated with Jimmy Page, the legendary Led Zeppelin guitarist, for the film'The Man Without Mercy'. He contributed two songs to the soundtrack.1988 he was lead singer on Jimmy Page's first solo album ''Outrider''. Farlowe's interpretation of Page's Heavy Blues caused a sensation, for example with titles like ''Prison Blues'' or ''Blues Anthem''. In 1993 he performed with Maggie Bell in Covent Garden.
A remarkable comeback came in 1994 with the reunion concerts of Jon Hiseman's Colosseum. The West-Deutsche-Rundfunk filmed the reunification. Successful tours, new studio and live albums followed.
For many years Chris Farlowe has toured regularly solo and with the Norman Beaker Band and has a loyal fan base, especially in Germany. Since August 2007 he is also on tour with Clem Clempson (Ex-Humble Pie, Colosseum) and the Hamburg Blues Band. He can also be heard on the Van Morrison CD duets of 2015. 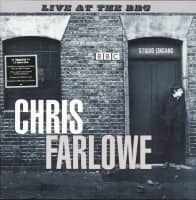 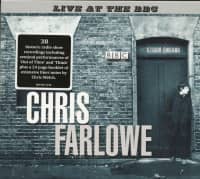 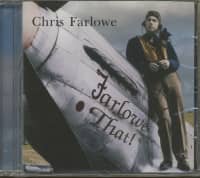