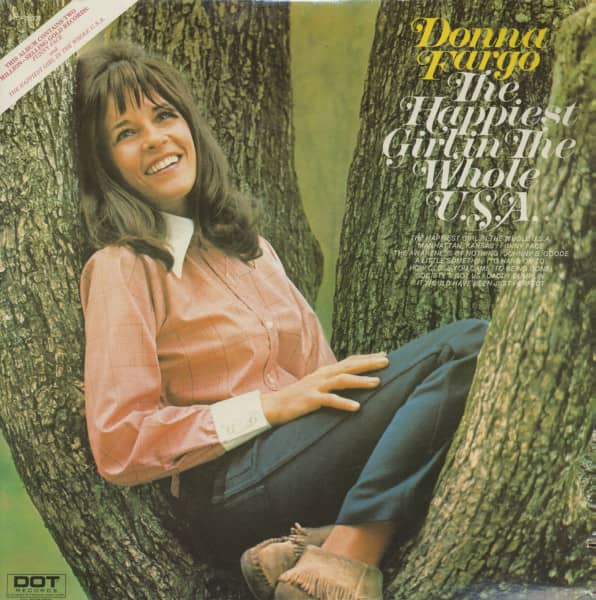 (RCA) 10 Tracks - original versiegeltes LP Album von 1972 - Cut-out LP
When I went to High School (Back in the Middle Ages) I never had a teacher Who could sing on stages.

But then again I never knew a Donna Fargo To larn me English And things I didn't know.
It's a strange feeling to feature an unknown artist on an unknown label with an unknown song. But that was just the combination that I selected when I decided to program "My Side of the Bed."
Shortly after the record debuted on KRAK, Donna Fargo was booked into the leading nite spot in the Sacramento area (Forty Grand Club) and I had the opportunity to meet the talented young lady who recorded the song that she had written. I also met her husband . . . but he's not beautiful.

We chatted and I learned that Donna hails from Mount Airy, North Carolina and graduated from High Point College with honors. Currently teaching 9th grade English in the Los Angeles area, she was a bundle of enthusiasm about Country Music. I also learned then and there that I would be hearing a lot from and about Donna Fargo in the future.