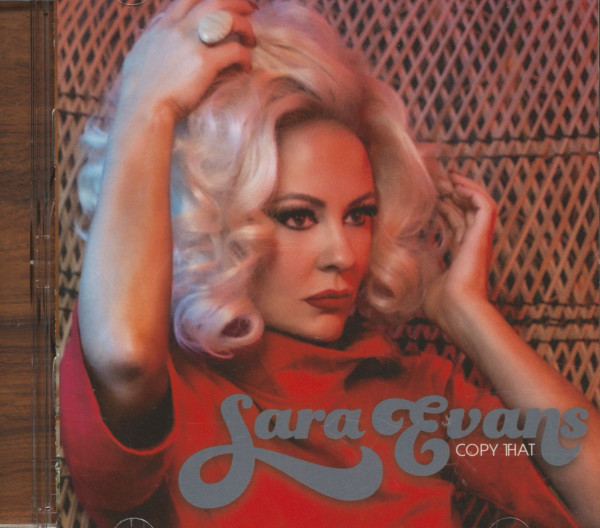 Copy That - This collection of 13 songs from six decades shows that Evans puts her unmistakable creative stamp on some of the most iconic songs of country and pop music, songs that have inspired her life and career, and that she also puts some little-known gems in the spotlight.

Copy That is Sara's first solo studio album since the critically acclaimed 2017 album Words and is released on her album Born to Fly Records, distributed by ADA. Created in collaboration with the Old Crow Medicine Show and Phillip Sweet from Little Big Town, Copy That is co-produced by Sara and Jarrad K (Ruston Kelly, Weezer, Goo Goo Dolls).

We all have the songs that have shaped us and that have accompanied us on our journey, when we had ups and downs all our lives. In this project Sara Evans explores the songs that are the soundtrack of her life - and probably the lives of millions of her fans. What song did she sing in her family band when she was 10 years old when she grew up? What song was playing in the nurses' station when she was in hospital after being hit by a car at the age of 8? What song did she listen to when she made her first album after moving to Nashville and signing with RCA Records? What song was playing when she met her husband Jay Barker? What was going on in the car when she started her own record label? This project, made up of the hits of each era, will explore all this and more. Sara's stories behind each of these songs will be expanded when she releases her memoirs about Simon and Schuster in September 2020. Everyone has a soundtrack from their lives, and this is Sara Evans'...