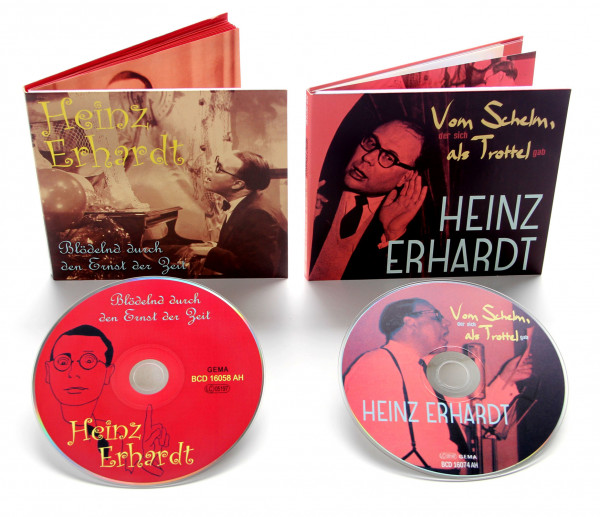 (Bear Family Records) 34 tracks on 2 CDs as a bundle for a special price
Heinz Erhardt: Blödelnd durch den Ernst der Zeit - BCD16058
Heinz Erhardt: Of the rascal, who gave himself as a fool - BCD16074
CD1: 1-CD Digipak (4-sided) with 31-page booklet, 14 single tracks. Playing time approx. 33 minutes.
Sensational, worldwide first release of fourteen recordings thought to have been lost, presenting the legendary entertainer Heinz Erhardt in the forties as a singer and on the piano. The album comes in a digipak with 32-page booklet and plays about 33 minutes.
Shortly before his 100th birthday in February 2009, we opened another chapter in the career of the great, versatile entertainer. Before Erhardt became a gifted punster, comedian and poet, he was already considered a hopeful pianist and composer who wrote chansons and humorous songs for himself. During World War II, for example, he sat at the black-and-white keys as a troop handler in a naval orchestra and had already put a comic opera to paper in the 1930s. Also found in his estate were piano pieces he had created between 1925 and 1931. The pieces now discovered had never been heard of before.
CD2: 1-CD digipak (4-sided) with 19-page booklet, 20 individual tracks. Playing time approx. 59 minutes.
Masterpieces from 1950-54, Heinz Erhardt as singer and pianist and in duet with Ren Mann mit der Kassenbrillen liked to give the naive fool. Millions of people still laugh when they see him in old film comedies or hear his songs: small, inconspicuous works of art with cheerful nonsense.
In the period 1950-54, the singer, conferencier, pianist and composer laid the foundation for his imposing career: he left the cabaret scene, appeared as an all-round entertainer at galas and 'Bunten Abende' in halls and large halls. Radio, recordings, film and television were all about the subtle humorist, about his rhymed inconsistencies with hidden, quiet philosophy.
This CD presents Erhardt with early masterpieces. He is accompanied by the renowned orchestras of an Erwin Halletz, Günter Fuhlisch and Hans Freese. In addition to his own compositions, the singing comedian interprets works by Ralph-Maria Siegel, Gerhard Winkler, Ernst Bader and Lotar Olias, among others, with the pop singer Ren Baby, es regnet doch to be heard. Long ago
Pappis Wiegenlied, Agamemnon, Noch 'n Abschiedslied, Skat-Polka and Das Wackellied became Erhardt classics. 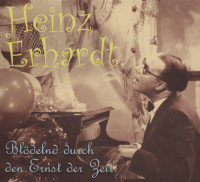 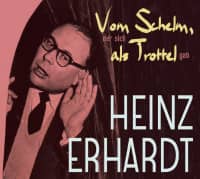 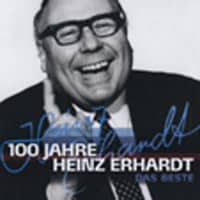 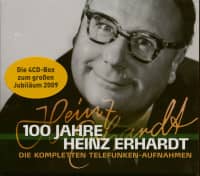