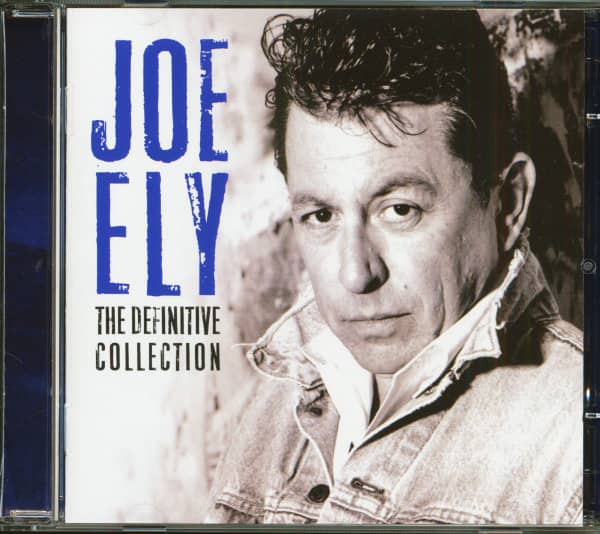 (Hump Head) 41 Tracks
-
Fantastic collection of his 1970s and 80s recordings ranging from Country to Country Rock to Rock'n'Roll-Rockabilly! Includes his rare live performances when Ely supported The Clash in London! (MM/Bear Family Records)
-
Texas troubadour Joe Ely spent the better part of the 1970s and 1980s, laying the roots of the country-rock fusion so popular in today's Americana music; of course, Ely didn't do it single-handedly, but he definitely did his part-stepping up with memorable recordings like Tennessee's Not The State I'm In, Tonight I Think I'm Gonna Go Downtown, She Finally Spoke Spanish To Me and Settle For Love.

Since then he's become an Americana icon, the country-rocker who's never left the road, cranking out album after album, some better, some worse, always solid. Not only is Joe Ely a giant of Texas music, but he's had a genre-crossing career including performances with Bruce Springsteen, tours with Lyle Lovett, John Hiatt, Guy Clark, and back in 1978, a cross-border foray with none other than The Clash. He formed cult Americana band The Flatlanders with Jimmie Dale Gilmore and Butch Hancock in the early 1970s, as the continuation of a musical career that began early.

It was a life-changing childhood experience that inspired him to be a musician. When he was 7, his parents took him to a local Pontiac dealership to hear a piano-pounding singer from Ferriday, Louisiana named Jerry Lee Lewis. "I'll never forget that vision of my childhood," Ely remembered years later. 'You could hardly see across the street, and then there's this madman up there pounding on a piano. The wind was blowing so hard it would blow the microphone over. Jerry Lee would be singing and the microphone would go thump! And somebody'd run over and pick it up and it would fall over again. It was like a vision from hell. But it was so wonderful because it seemed like it fit, with the wind blowing and the static electricity in the air. I always look back at that moment as the very beginning, the spark that made me consider doing this as my life.'

Joe was born on February 9, 1947 in Amarillo but raised in Lubbock, a stone's throw away from where Buddy Holly lived. He played violin in the school orchestra when he was 9 years old, but Joe never finished school. He dropped out to hit the road playing bars and cafes, jamming with the likes of musical renegades such as Johnny Winter. For a time he joined a theatre company and ended up on a European tour playing the arts circuit, including shows in London and Edinburgh. On his return to Texas in the late 1960s, Joe teamed up with Butch Hancock and Jimmie Dale Gilmore to form the Flatlanders, an acoustic country group. In 1971 a local radio station director took them to Odessa to cut some demos and a year later, Joe, Butch and Jimmie were taken to Nashville to record with the famed Shelby Singleton who had worked extensively with Jerry Lee Lewis. They recorded as Jimmie Dale and the Flatlanders, and although Jimmy signed a deal with Singleton, the resultant album sank without trace and neither Joe nor Butch wanted to stay involved.

Butch went to live in Clarendon, Texas working as a tractor driver and builder, and Joe started to commute between New York and Texas until he formed his acclaimed Joe Ely Band in early 1974. A regular gig at the Cotton Club, a large honky-tonk on the outskirts of Lubbock led to the Joe Ely Band gaining record company interest. An album cut at Chip Young's studio in Murfreesboro, Tennessee was released by MCA in 1977 and the self-titled album gained widespread acclaim but minimal sales. Further albums HONKY TONK MASQUERADE and DOWN ON THE DRAG showed that the first album was no fluke. An electric country-rock outfit designed to play up-tempo honky-tonk music for dancing audiences, the Joe Ely Band proved to be a very popular live act, not only in Texas, but also Europe. Ely and his band perfected a mind-blowing celebration of Texas honky-tonk music, mixing rock sounds with the traditional to bring it slap-bang up-to-date.

They were not from Nashville or Austin and were not even proper Outlaws, but Ely and band became their own breed of drifters by knocking out barroom crowds in far-flung places like Manhattan and Minneapolis and even Manchester. Out on the road seems to be second nature for Joe Ely. He seems to have never stopped travelling the highways and byways since his teens. Back in the late 1970s Joe and his band toured the UK as the opening act for both Merle Haggard and also the Clash and built a sizeable cult following. Though a popular live act, Joe Ely never made that all-important commercial breakthrough that major record labels expect.

Eventually, it was decided that instead of being signed through the MCA Nashville office, that Joe's records should be worked out of the Los Angeles office and aimed more at a rock audience. This led to tour dates with the Rolling Stones and two slightly disappointing albums in MUSTA NOTTA GOTTA LOTTA and HI RES. Unable to find a suitable market for Joe and his music, MCA decided not to renew his contract. Undeterred, he continued to tour regularly and after a three-year recording hiatus, he was back in the studio in 1987 with a new band, a batch of new original material and a new label, HighTone Records, to produce LORD OF THE HIGHWAY, a strong mix of Texas honky-tonk.

He returned to MCA for 1990's LIVE AT LIBERTY LUNCH, chronicling the evolution of the Joe Ely Band-one of the great ensembles in modern country and rock'n'roll. Ace Nashville producer Tony Brown worked with him on the acclaimed LOVE AND DANGER two years later. Whether interpreting his own songs or well-chosen covers, he communicated strong characterisations; a storyteller who captures both the tragic and the good side of life as he delivered a stunning version of Robert Earl Keen's The Road Goes On Forever, a driving country-rock tune that perfectly encapsulates what Joe Ely is all about. His own songs, especially the rocking Highways and Heartaches and the more subdued Slow You Dwne are earthy and intensely emotional, and he sings them with more than a hint of tortured insolence. Dave Alvin's Every Night About This Time, is a slow, moody piece with atmospheric guitar courtesy of David Grissom.

That same year he teamed up with musical colleagues John Mellencamp, Dwight Yoakam, John Prine and James McMurtry as the Buzzin' Cousins in the movie Falling From Grace and scored a minor country hit with Sweet Suzanne. The acclaimed LETTER TO LAREDO in 1995 found him dropping the rock style for a more rootsy album as he teamed up with Dutch flamenco guitarist Teye and gained rave reviews. Three years later he delivered TWISTIN' IN THE WIND, while LIVE AT ANTONE'S in the summer of 2000 found him on Rounder Records. In the late 1990s Ely was asked to write songs for the soundtrack of Robert Redford's movie The Horse Whisperer, which led to re-forming The Flatlanders with Gilmore and Hancock. A new album from the trio followed in 2002, with a third in 2004 alongside the occasional live gigs. In 2007 he set up his own Rack 'Em Records and released HAPPY SONGS FROM RATTLESNAKE GULCH. Since then he's self-released his recordings including LIVE CACTUS featuring Joel Guzman on accordion and recorded at the renowned Cactus Cafe in Austin, Texas and the critically acclaimed SATISFIED AT LAST in 2011.

There was also a fourth Flatlanders album-HILLS AND VALLEYS-in the spring of 2009. Joe Ely's brand of personal, hard-edged roots music keeps getting rediscovered by generations of punks, country neo-traditionalists and rockabilly revivalists, but he has scrupulously avoided mainstream success. In reality he was too 'rough around the edges' for mainstream success, but he's enjoyed a long and fruitful career despite all that. Where several similar mavericks have been chewed up and spat out by the major labels, Ely has emerged from the experience fairly unscathed and with his musical integrity very much intact. His own songs are earthy and intensely emotional, and he sings them with more than a hint of tortured insolence. The music he makes has its roots in Texas barn dance music with a band sound that is cool, swinging, and an impressive drive led by sharp guitars filled out by steel, piano and accordion while never losing the eloquent wind-blown lyricism of the flatlands.

Though Joe Ely is no longer at the forefront of cutting edge country, he is definitely one of the best of the older guard. He should certainly not be dismissed because he is no longer on a major label. He is a country-rock renegade who has matured musically without losing one ounce of the grit, passion and excitement that marked his formative years. (Alan Cackett) 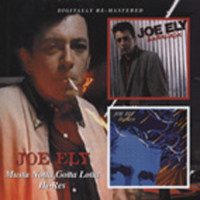 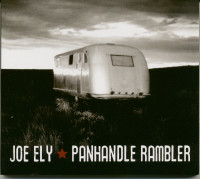