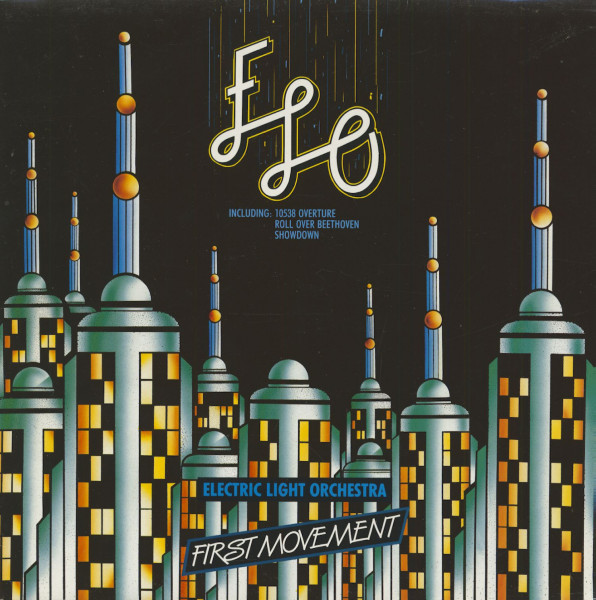 (EMI UK) 9 tracks - Original recordings from 1971 to 1973
Chart regulars since their debut single "Night Of Fear" reached No.2 in January 1967, The Move retained only Roy Wood and drummer Bev Bevon from their original line-up when they signed to the Harvest label in 1970. Once a five-piece, the group was by then down to a trio, the newest member being Jeff Lynne, previously with the Idle Race. Wood hod long since primed for something more musically adventurous than the hit songs he'd been churning out (marvellous though they were) and felt further disenchanted by the Move's forays into the cabaret circuit. The departure of singer Carl Wayne, to whom the M.O.R. leanings were attributable, enabled Roy to reroute the bond via the heavy metal dance record "Brontosaurus" but insufficiently so to satisfy his desires for artistic fulfillment. A continuation from points the Beatles had reached on "I Am The Walrus', "Strawberry Fields Forever" & "Sgt. Pep.", combining orchestral arrangements and contemporary pop music within the framework of rock songs, as opposed to such grandiose efforts as those perpetrated by Keith Emerson and Jon Lord with their respective groups The Nice ("Five Bridges Suite') and Deep Purple ("Concerto For Group & Orchestra"), became his ambition. Thus was the Electric Light Orchestra devised, initially intended to exist alongside The Move, whose basic line-up would be expanded accordingly as and when required by the music's demands.

Commercial pressures enforced the delay in fruition of the new project in favour of further product under The Move's name, so it wasn't until the end of 1971, five years after the release of The Move's first single, that the E.L.O's debut emerged, an eponymous album.

The Electric Lights Orchestra showed that Wood and Lynne , the latter only having joined The Move to secure involement in its offshoot and thus managing to provide five of the LP's nine tracks, had differing visions of the  intended results. Roy had largely eschewed any commerciality (excepting perhaps the "Classical Gas" allusions of "First Movement") in favour of o purity which produced the rather high-brow "Bottle Of Marston Moor". Jeff's occasionally uncomfortable morriage of styles proved substantially more accessible than Wood's compositions, to it was no surprise in retrospect that one of Lynne's tracks was chosen for the single. "10538 Overture, released in June 1972, became a Top Ten hit - hot on the heels of "California Man", the final single by The Move and succeeded in adding to tension already mounting due to Wood receiving all the critical attention despite Lynne's heavy involvement. This, plus the discrepancy over direction for the group, Iead to Roy's resignation a couple of months later, whereupon he promptly formed Winard and returned to penning hit singles par excellence.

Lynne having acquired full ontrol of the E.L.O., he set about introducing more levity into the proceedings (having already quoted 'God Rest Ye Merry Gentlemen" in the debut album's "Nellie Takes Her Bow", sections of which track parallel the Residents' jovial abuse of orchestration). On "ELO r, released in March 1973, the longest, most ostentatiously arranged track, "From The Sun To The Moon", was somewhat closer to B. Bumble & The Stingers than to Stravinsky. Even more blatant was the opening track, which had been edited down to become the band's second Top be single two months earlier. 'Roll Over Beethoven° combined the famous phrase from old Ludwig's Fifth Symphony with the Chuck Be, dossic, harking back to The Move's "Night Of Fear which had 'borrowed' its riff from Tchaikovsky's "1812 Overture".  in Old England Town" demonstrated the continuing influence of the Beatles, with a guitar figure reminiscent of "I Wont You (She's So Heavy)" from 'Abbey Rood". Having exorcised the over-seriousness from the E.L.O.'s music, Jeff was then able to steer his own course to megastardom, the no.12 single "Showdown" being their final Harvest release before moving to Jet Records, barely recognisable as the work of the band which less than two years earlier had attempted to transcend the limitations of the pop attitude.

Rock group formed in 1971 by Roy Wood, Bev Bevan (both former members of the Move) and Jeff Lynne (ex-Idle Race).  Wood left in 1972 before the first 'Roll Over Beethoven' session and Jeff Lynne became their leader and singer.  'Roll Over Beethoven' was not the biggest hit for ELO, but it certainly made them known throughout the world.  Besides being a prolific producer (Del Shannon, Roy Orbison) Lynne was a member of the Traveling Wilburys supergroup (1988‑90), which also featured Bob Dylan, George Harrison, Roy Orbison and Tom Petty. 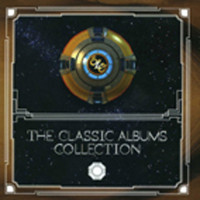