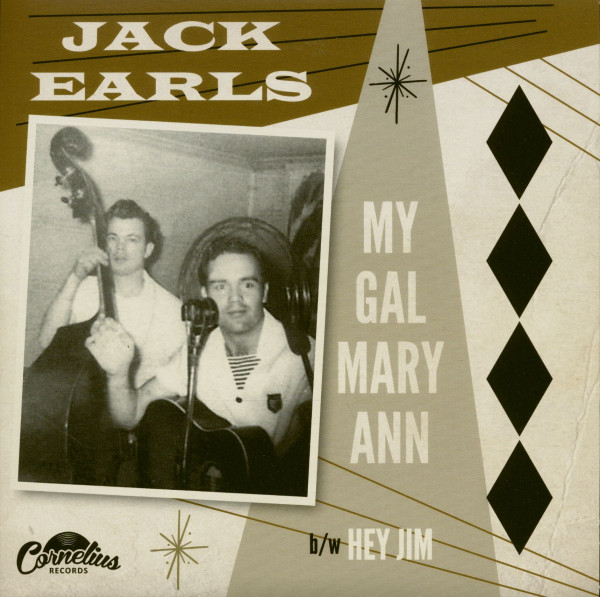 "When Jack Earls gets on the microphone, he's like a little bulldog just a-shakin' a rag!"

Among the tall trees, shopping malls, gas stations and party stores of suburban Detroit lives Jack Earls, in a modest 20th century ranch house. Thirty years ago he expanded it himself, and built a small recording studio in the basement. Now retired from Chrysler, Earls takes a walk every day, spends time with his family, repairs old vehicles and lawn mowers to resell, and writes rock 'n' roll songs. With the tenacity of Sleepy Eyed John's 'little bulldog' Earls has never loosened his hold of that rag, that vision of the great reward we all seek.

He was born August 23, 1932, in Woodbury, Tennessee, a rural community about 50 miles southeast of Nashville. It was, and still is to some extent, Uncle Dave Macon (1870-1952) territory. In fact, the famous 'Dixie Dewdrop,' banjo picker, singer, veteran of vaudeville and arguably the first country music star of the WSM Barn Dance (later known as Grand Ole Opry) was a neighbor of the Earls household and a welcome visitor during Jack's early childhood. "He used to come over to the house with his banjo and sing with us. I used to get so bashful and shy," said Earls, "that I'd go under the porch." During visits, Macon liked to gather everyone to participate in a round of songs. When it came time for the boy hiding beneath the porch to sing, he let loose with Muleskinner Blues and other songs he learned from his mother.

Mrs. Earls was her son's singing teacher early on. Some of Macon's delivery also left a mark on Earls' style. "I try to give it everything I got," he said. Both Earls' and Macon's vocals have been described in print as aggressive or even primitive, but how can those terms (especially the latter) be taken seriously when these men had been singing for a lifetime before their recording careers began? Macon gathered his songs and cultivated his public persona during the late 1800s, and Earls' mother grew up in the early 1900s– decades before the introduction of over-the-counter electronic microphones and amplification. One can only imagine the hair-raising, expressive voices of their 19th century mentors. 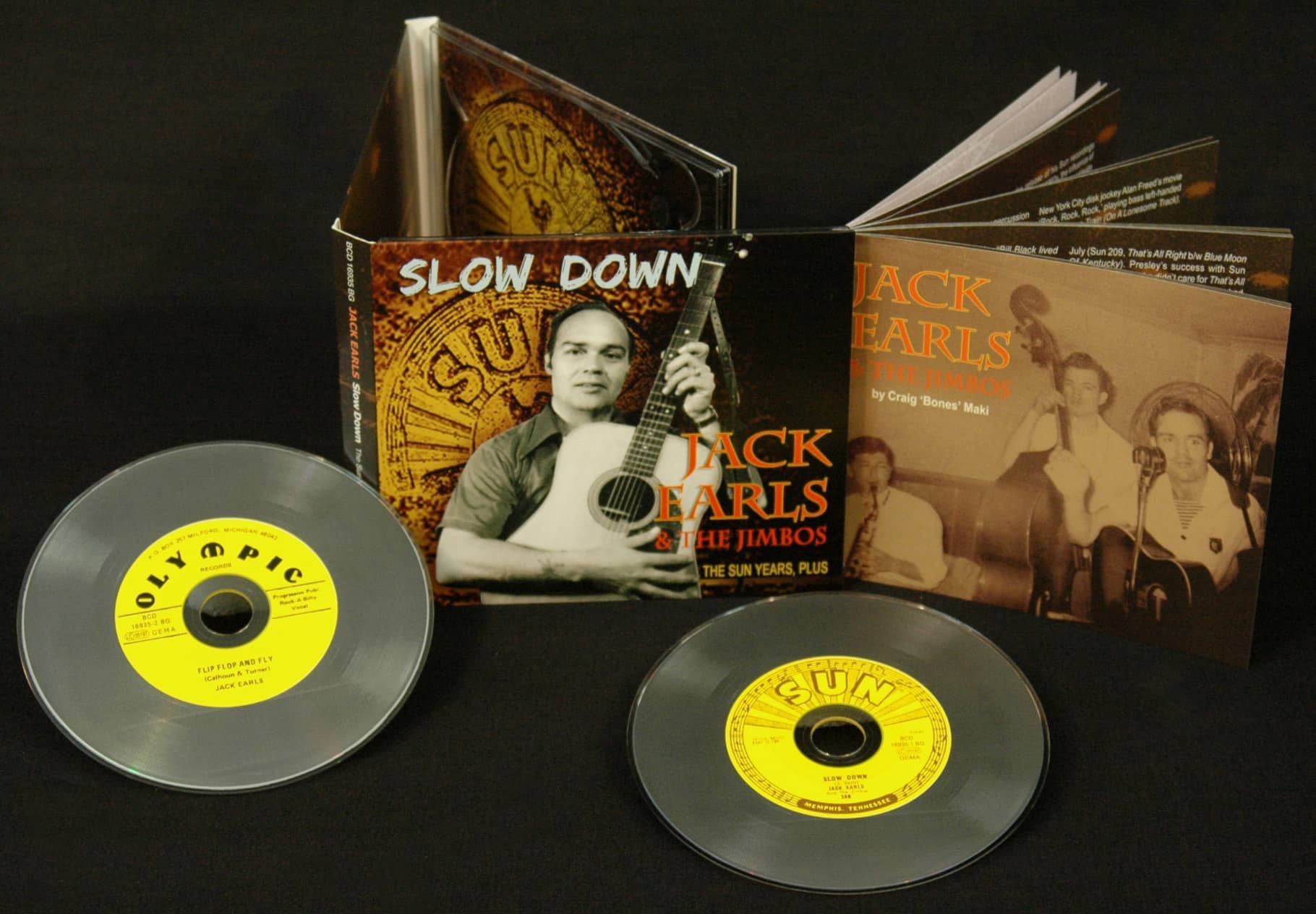 Out in the country – years before he settled in Memphis – Earls harvested a variety of experiences. His father, an army veteran wounded during service, died before Earls could get to know him. He grew up with two brothers, four half-brothers and one sister on a farm. When Earls was seven years old, his older brother Richard, who worked in a Chattanooga cotton mill, took him in for a while. By age 13 he was back home and finished with school. With his brother Herb, Earls worked at the Uselton farm near Manchester. During the mid-1940s – breakout years for Bill Monroe and the Blue Grass Boys – the Earls boys, together with two Uselton sons, often performed bluegrass and country songs while passing a hat outside the Manchester courthouse.

When a traveling carnival invaded the outskirts of town, Earls ran away with the troupe to work as a sideshow 'wild boy.' Curious customers paid a coin to enter a dimly lit tent and peer past a partition to observe a dark pit with a shallow pool of water containing a disheveled wild man and a wild boy wrestling a dozen fake alligators and one real baby gator. "My brother Herb told me I'd better not leave with the carnival, but when night come, I was gone. I left town with the show, and my mom didn't know where I was at, for a long time," said Earls. After a week or two of beating up stuffed gators for hamburgers, the wild duo quit the carnival. Relying on handouts and the Salvation Army for food and shelter, they hitchhiked out to Chattanooga, where an uncle promptly sent Earls home.

It was Richard who picked him up from the farm again, and delivered him to Memphis around 1949. "After I got settled with Richard, I was hanging around his place, wishing I had a car," said Earls, "and my brother said, 'Why don't you go out and get a job?' So I did!"  He found employment driving a truck for a bakery.

In 1950 he got married and attempted a move to Detroit that didn't take. After Earls returned to Memphis, he and his wife set up house in a neighborhood where music was a common pastime for many residents. "Bill Black lived about two streets over from me," said Earls. "Johnny Black – Bill's brother – lived there. Scotty Moore lived around the corner, and Elvis’s house was right behind mine."

Outside of work, he played music infrequently with friends and family. At the end of a late shift, Earls often took his guitar into the back seat of his car, sang and vented whatever ideas came to his mind. By the time he and five other guitar pickers entered the studio of the Memphis Recording Service in the summer of 1955, Earls had several self-written songs waiting to be heard.

Was it country or rock 'n' roll?

The Memphis Recording Service at 706 Union Avenue was located a few minutes' walk from the Earls' home. Just out of high school, Elvis Presley (1935-1977) had gone to the recording service in 1953 to cut a demonstration disk. He imagined he might attract the attention of the owner, Sam C. Phillips (1923-2003), who also ran a little label called Sun Records from the building. In 1954, Phillips got around to calling him back, and his first record was released in July (Sun 209, That's All Right b/w Blue Moon Of Kentucky). Presley's success with Sun astonished Earls, who didn't care for That's All Right when he first heard it. Hank Williams had been gone less than two years, and was still Earls' favorite singer.