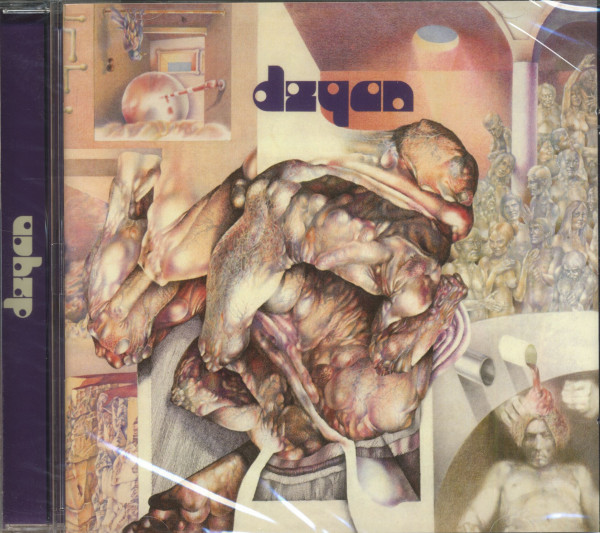 (Longhair) 8 tracks
Dzyan recorded 3 albums between 1972 and 1974. Each album they released was quite different.
After the release of the first album, the line-up changed and Eddy Marron was the new guitarist. The SWF session is very reminiscent of their first album.
Dzyan played a slightly jazzy form of progressive rock with hints of Zappa's Hot Rats and even some VAN DER GRAAF GENERATOR saxophone detours.

These radio studio recordings are even rockier than the first album recordings.
There are 5 tracks. 4 new compositions and a longer (11:00 minutes) and different version of probably the best track from the first album 'Dragon Song'.

Steel's Electric/Daddy Groove is a 15 minute suite, very inventive and with great guitar playing by Eddy Marron.
These recordings are some of the best ever recorded in the SWF session studio.

Remastered from the original master tape, band history, photos. An absolute must have!