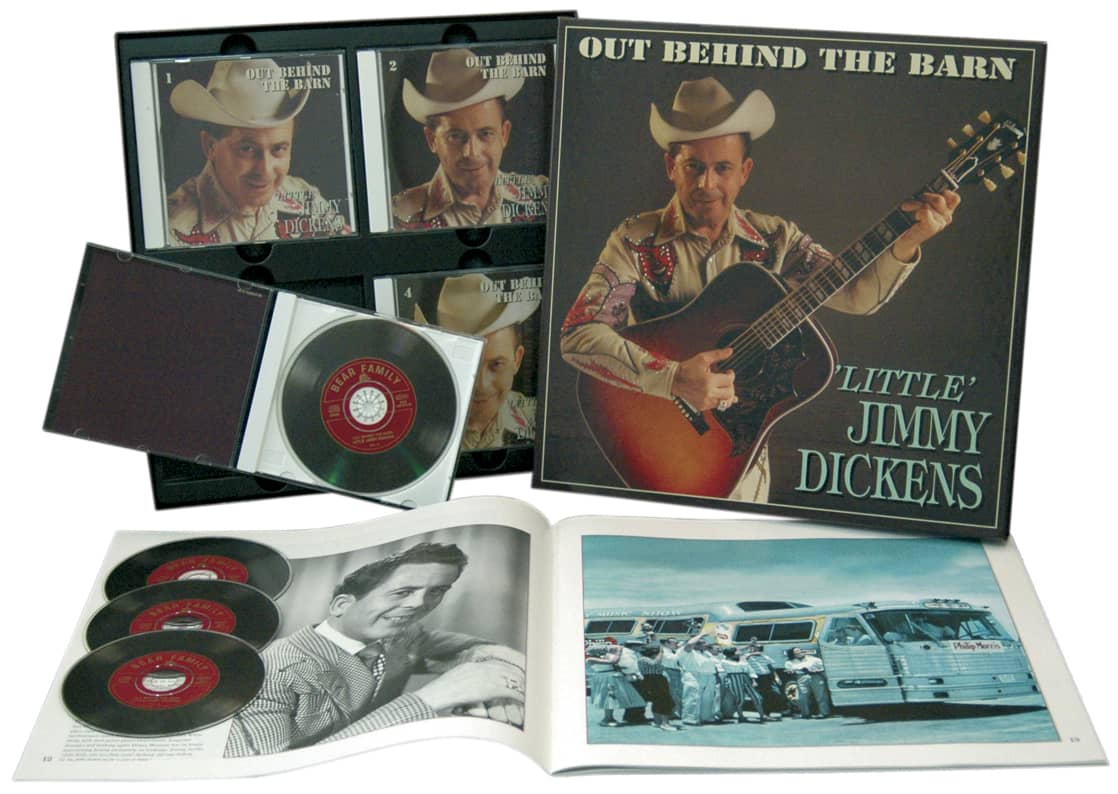 The majority of the one hundred titles recorded in this set feature fiddle and steel guitar instrumentation. In addition to the trademark Dickens novelties that he initially became famous for, there are lots of 4/4 country shuffles, and numerous heartfelt country ballads--a Dickens specialty. Popular songs for Jimmy, and others from this collection which have been recorded by fellow artists includeFamily Reunion, (I Got) A Hole In My Pocket, Me And My Big Loud Mouth, When Your House Is Not A Home, I'm Just Blue Enough (To Do Most Anything), Farewell Party, The Violet And A Rose, Another Bridge To Burn, I Leaned Over Backwards For You, Life Turned Her That Way, May The Bird Of Paradise Fly Up Your Nose, My Eyes Are Jealous, and others. 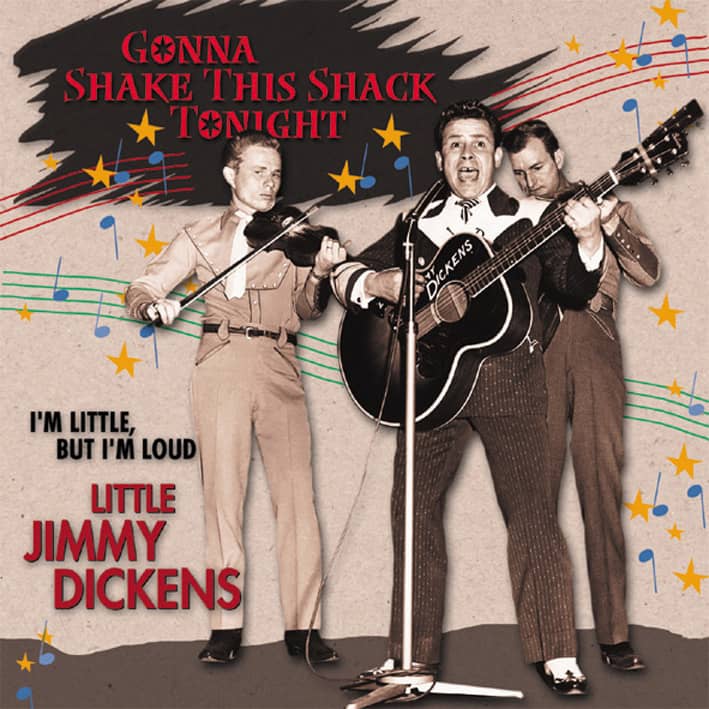 "All my people were coal miners. That's all they knew," remembers Jimmy. "My grandfather Lewis Calvin Dickens and my grandmother Edna Young Dickens took me from a baby and raised me."  Growing up, Jimmy also spent a lot of time with his aunts and uncles and remembers his mother being more like an aunt to him. Music was abundant among Dickens' relatives."My mother played guitar, and three of my mother's brothers, Uncle Quince, Uncle Prince, and Uncle Finley, all played the guitar and thumped around on an old five string banjo a little bit."