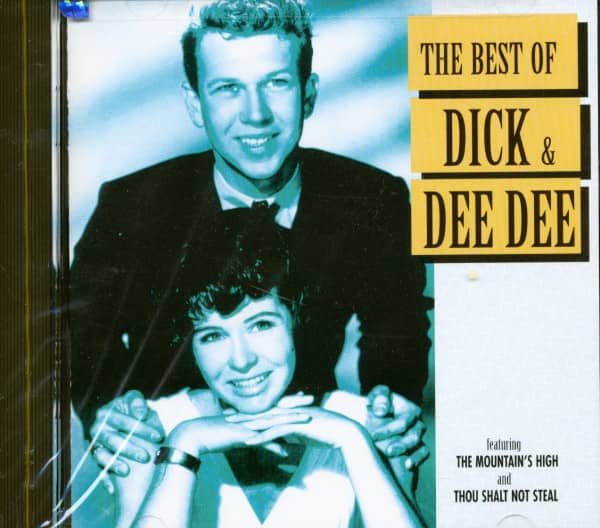 Dick St. John, looking back more than thirty years, remembers what might have been the most exciting day in his life to that point: the first sight of a 45 rpm record that he and his partner, Mary Sperling, had recorded a few weeks earlier. But the initial burst of excitement was soon tempered by a shocking discovery. "When I saw what they'd put on the label as our names," says Dick, "I was surprised. When Mary saw it, she was very upset -- how would her friends know it was her on the record?" She needn't have worried.

Within a few more weeks, Dick and Mary -- or "Dick and Dee Dee" as the label had it -- were on their way to the highest reaches of Billboard's pop charts, where their high school friends -- Jan Berry, Arnie Ginsburg, Dean Torrence and Nancy Sinatra among them -- could only envy the duo's rapid rise to success. Dick and Dee Dee recorded eight charting singles between 1961 and 1965, five of which made the Top 30. They toured constantly, were prominently featured on the hit TV musical series "American Bandstand" and "Shindig!" and performed -- and recorded -- with The Rolling Stones.

Despite all of that however, this is their first comprehensive hits collection to appear on compact disc, or even vinyl.  (...from the liner notes)