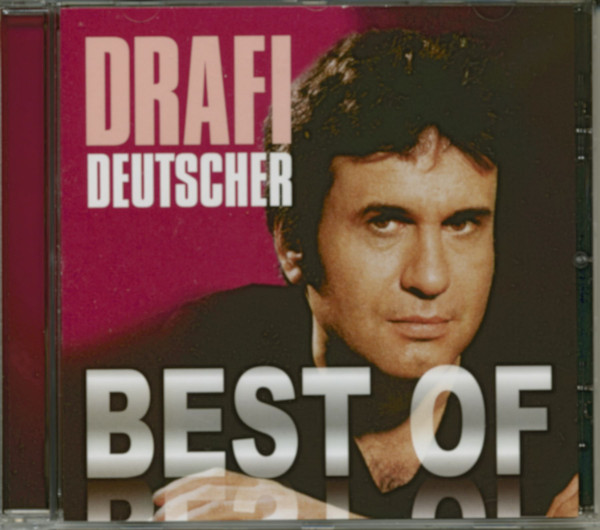 No, of course You Better Move On was the template for Es ist besser Du gehen, not a Jagger/Richards composition (author: Arthur Alexander). Nevertheless: This wonderful Slowie belonged in the early years of the Rolling Stones to their permanent live repertoire, and also the studio version was a real bringer. Drafi Deutscher (born May 9, 1946 in Berlin) and his Magics already had three hits on the watch in 1964, Cinderella Baby joined in December, came in third place, and the Schleicher - with German text from the rhyme kitchen of typewriter Günter Loose - was a perfect choice as a more contemplative counterweight to the lively A-side.

DRAFI GERMAN
Drafi Deutscher was born on 9 May 1946 in Berlin and grew up in poor circumstances with his grandmother. After finishing school, he started his musical career at the age of 14 and earned his living as a musician from then on. Time bombs' was the name of the first band he sang and played in. But the earning possibilities were so small that he quickly looked for another group. With four like-minded people who, like him, were crazy about beat music and considered it their thing, Drafi Deutscher founded the'Magics'. They were discovered for the world of records at a competition in the Deutschlandhalle in Berlin. Peter Meise! took Drafi Deutscher and the band under his wing and got them a record deal with Decca.

On July 6 and 7, 1963 Drafi Deutscher & die Magics recorded their first two record titles at Union Studio in Munich. Christian Bruhn, a producer of the younger guard, had been placed at their side - a choice that proved to be a stroke of luck for both Drafi Deutscher and the Decca. Christian Bruhn has produced all but two of Drafi Deutscher's titles for Decca and was also responsible for most of Drafi Deutscher's successes as a composer. Teeny, the debut single, becomes a success and sells around 80,000 copies. Green, green is Tennessee, the German version of the world hit Green, Green by New Christy Minstrels, written by Barry McGuire, does not quite match the success of Teeny. Both single releases can be understood as a profile search for Germans. With Shake Hands producer Bruhn has found the formula with Keep Siniling and Cinderella Baby Drafi Deutscher succeeds after 1964 two more top hits which establish him as the German newcomer of the year. In the following year Drafi Deutscher continues his successful series. It doesn't last two years from his record debut, and the up-and-coming Drafi Deutscher has become'our Drafi' and the big hit is still to come.

Less than two years ago Drafi Deutscher drew attention to himself with his very first recording Teeny. In the late autumn of 1965, marble, stone and iron broke into first place on the hit parade, stayed there for weeks and sold well over a million copies within a few months. The phenomenal success makes Drafi Deutscher'the new star' and a person of general public interest.

The year 1966 sees him at the height of his young career: Sold-out concerts, by the standards of the time Traumgagen, quasi permanent presence in the press, awards, awards - in March the'Beat Wedding of the Year' is celebrated, shortly thereafter hundreds of thousands of teenagers elect him as their most popular hit star, and Drafi Deutscher was awarded the Golden Otto by Germany's highest-circulation music youth magazine, one of the most coveted awards in the German hit world at the time and the ultimate popularity meter. Drafi becomes a mass idol within a very short time:'Unser Drafi' - the first hit star of the beat generation is accepted into the big German hit family...
Extract from BCD15416 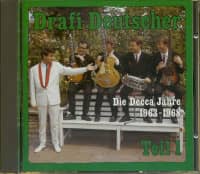 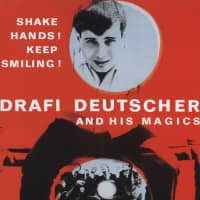 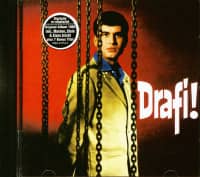 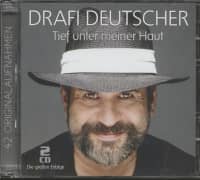