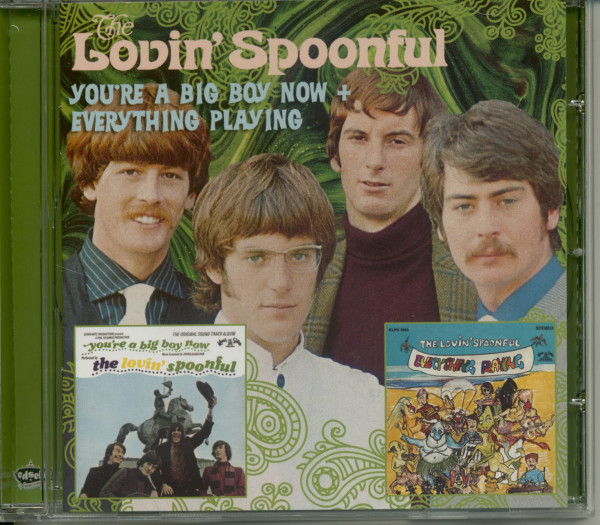 This article is deleted and can no longer be ordered!
Please inform me as soon as the product is available again.
P Secure bonuspoints now
Description
Learn more about The Lovin' Spoonful
Review 0
Description
(EDSEL) 28 tracks YOU'RE A BIG BOY NOW + EVERYTHING PLAYING The Lovin' Spoonful were, by the... more
Close menu

YOU'RE A BIG BOY NOW + EVERYTHING PLAYING
The Lovin' Spoonful were, by the close of 1966, a bona-fide US pop phenomenon. Despite the chart domination of The Beatles and The Rolling Stones and the rest of their 'British Invasion' compatriots, the Spoonful had managed to carve themselves a distinctive niche into the American singles and album charts, as well as the hearts and bedroom walls of thousands of Pop kids. The band's freewheeling, good-natured image didn't scare the horses. and they were the kind of combo that you didn't mind your girlfriend liking. They were John Sebastian (vocals, guitar, songwriter in chief), Zal Yanovsky (guitar, vocals), Joe Butler (drums, vocals) as well as being four individual and distinctive characters that lent themselves naturally to teen magazines, and Sebastian had proven himself to be a composer whose songs were eminently coverable, hook-laden, melodic and timelessly (and cross-generationally) appealing.

If you've acquired the other pairings of Lovin' Spoonful albums. also available on Edsel, you will have read how the Spoonful were informed by a vision shared by John Sebastian and guitarist Zal Yanovsky. This vision was of a band that could be an American G counterpart to the Beatles - rather than cop The Beatles moves, they sought to re-introduce the US to the roots and dusty backwaters of its indigenous musical heritage - Folk, Blues, Country, and even jug band music - good-timey stuff, but played with a pop emphasis and a contemporary feel. The fact that they managed to succeed from the get-go - with the deathless 1965 US smash hit debut single, Do You Believe In Magic - was vindication of Sebastian and Yanovsky's concept.

1966 was an epic year for the Lovin' Spoonful - releasing three albums (one, albeit, a hashed-together soundtrack affair), further hit singles including bona-fide classics in the shape of Daydream (which also gave them their breakthrough UK hit, as well as a place on none other John Lennon's home jukebox), Summer In The City and Nashville Cats, and a punishing schedule of touring, TV, radio, and the general hurly-burly of what it was to be a successful pop act in the 1960s. However, by the end of 1966, things were really starting to change in the USA. The counter-culture, in particular the growth of the anti-Vietnam war and hippy movements, were starting to fragment the more heavier, more drug-orientated experimentalism of Rock music from pop, which was singles-orientated, considered more lightweight and disposable in comparison. John Sebastian may have been a lot of things, but a militant he was not.

In some of his songs, such as Let The Boy Rock and Roll, he may have highlighted the generation gap, but he was always more inclusive, rather than hectoring or taking sides. Besides, the goofball side of the band -represented most clearly in the antics of guitarist Yanovsky - couldn't be repressed, but ultimately it just served to put the band into a pop pigeonhole, when their music was worthy of more.

By March of 1967, it was trot obvious that the Lovin! ' Spoonful had peaked as - commercial entity. Their record label, Kama Sutra. seemed to acknowledge this by releasing a 'Best Of' that reached a lofty number three in the Billboard album charts, and hanging around for a whole year, ultimately. The next recording of note was the first of this pairing of albums, the soundtrack to an early Francis Ford Coppola movie, "You're A Big Boy Now".

The film itself was a kind of rights-of-passage tale of a young man going to the Big City, trying to find love and growing up. Although essentially a mainstream movie, it anticipated the burgeoning counter-culture by highlighting the generational divide in America. The Spoonful provided the largely instrumental soundtrack, but contained within it was one utter Sebastian gem, Darling Be Home Soon. It's a fine, yearning piece of balladry that was not only a top twenty US singles chart hit, but also the final UK hit single for the...

The Lovin' Spoonful drew on a deep pooled knowledge of rural music, specifically rural African American music from the 1920s and '30s. Their name came from Mississippi John Hurt's Coffee Blues ("I wanna see my baby 'bout a lovin' spoonful"). Leader John Sebastian had spent a few months in the Mugwumps, a group that comprised Cass Elliott and Denny Doherty (later of the Mamas & Papas) and guitarist Zal Yanovsky, who joined him in the Spoonful. Producer Erik Jacobsen had already made his mark with Tim Hardin, and worked with Sebastian and Yanovsky to shape the Spoonful's sound. Drummer Joe Butler and bassist Steve Boone rounded out the group.

The Spoonful were unapologetically commercial, but so personable and accomplished that only the most curmudgeonly could fail to love them. Jacobsen placed the group with Kama-Sutra Records, a label that appeared to be the quintessential hippie era start-up, but wasn't. Two of the three principals, Artie Ripp and Phil Steinberg, came out of the rabidly commercial Brill Building, while the third, Hy Mizrahi, had sold jewelry and cameras in Manhattan. They began producing for Red Bird Records before that label's sudden mob-precipitated demise. Kama-Sutra Records was launched in June 1965. The first single, the Spoonful's Do You Believe In Magic, reached the pop Top 10. Sebastian pulled off the enviable trick of being eclectic and radio-friendly. "We thought we had an advantage over other rock 'n' roll bands because we played with thumb picks," he told 'Crawdaddy' magazine. Nashville Cats, an affectionate homage to the elegant simplicity of the Nashville session musicians, was the Spoonful's seventh single and reached #8 on the pop charts.

In January 1967, Kama-Sutra serviced the song to country radio without much in the way of results, and issued an EP with liner notes by Buck Owens. It was a first, tentative step toward bridging rock and country. Purists took issue with a factual error. "Yellow Sun records" came from Memphis, not Nashville, although within a couple of years Shelby Singleton would buy Sun and flood the market with yellow Sun records from Nashville. Sebastian said that the lead guitar was played by Yanovsky while he filled in on a steel guitar that had been left in the studio from another artist's session. That sounds about right. 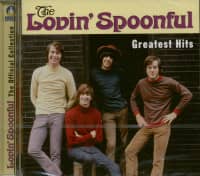 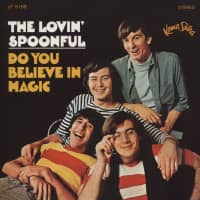 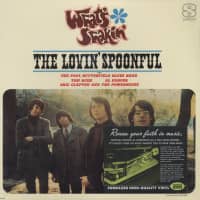