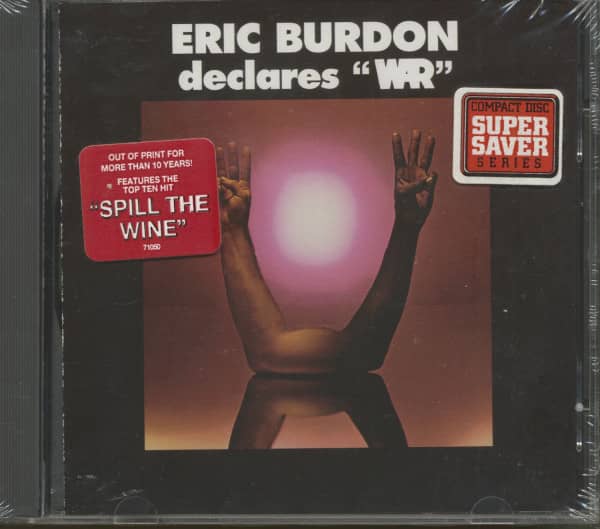 Performing around the L.A. area during the late '60s. Lonnie Jordan (keyboards), Howard Scott (guitar), B.B. Dickerson (bass). Harold Brown (drums). Charles Miller (saxophone), and Papa Dee Allen (percussion) were members of The Nightshift, a club act that mixed R&B covers with originals and backed up a rotating cast of singers on stage.

Prior to this, most of the musicians had been in The Creators, who had likewise played the local circuit and released a few little-heard singles. The Creators/Nightshift nucleus was not a typical club act. 'Our influences and upbringing made us different,' says Jordan. 'Howard and I were raised in Compton (south of L.A.). and we heard a lot of mariachi and salsa music from the Latin people there. And I was also listening to ska, jazz organ players, a variety. Sometimes club owners didn't understand our music —they wanted us to sound like Booker T. & The MG's or whatever else was happening back then.'

Besides mainstream R&B vocalists. The Creators found themselves backing up psychedelic sax player Jay Contreli in the mid-'60s. an experience that gave them a foretaste of the far-ranging improvisations they would later perform with Burdon. The Nightshift came to the attention of Goldstein, then enjoying considerable success as the head of a rock poster company. Previously, he had compiled an impressive track record as a New York-based bandmember (The Strangeloves), songwriter (for The Monkees and Every Mother's Son, among others), and producer/writer (of The Angels' 'My Boyfriend's Back' and The McCoys' 'Hang On Sloopy').

Goldstein was putting such activities on hold when sometime Nightshift bass player Peter Rosen (who also worked for the poster company) told Jerry about his group. 'I thought their music was a real interesting mix of funk and Latin,' says Goldstein. 'The Nightshift had an interesting direction, but they were still looking for something...' During late '68/early '69. Goldstein became reacquainted with Burdon, who was half-seriously threatening to return to England to shovel coal for a living. Goldstein suggested instead that he check out The Nightshift. then playing a stint as backup band to ex-football star Deacon Jones at a club called The Rag Doll in nearby North Hollywood.

One night in early 1969, Goldstein, Burdon, and Oskar stopped by to hear the band laying down the grooves behind Jones' athletic routines. At the end of the night. Oskar jumped on-stage and jammed up a storm — at the time, the group thought this harmonica wizard was actually Burdon. Events moved rapidly from that point onward. Burdon and Oskar had found their group. though The Nightshift let several horn players go in order to become War. Burdon had the novel idea of creating a horn section with just harmonica and saxophone. According to Jordan, Oskar fit in from the beginning: 'It was natural — we were already used to the harmonica players we grew up with in Compton. so it was very easy to bring Lee in.' After only a few weeks of rehearsals, Burdon and War began performing live.

One of their first gigs was at the Devonshire Downs rock festival before a crowd of 100,000. Months of steady touring took them across the U.S. and Europe. 'They never did Animals songs,' Goldstein recalls of these early shows. 'Eric was doing something totally different. It was like a jazz band, and Eric could improvise vocals on the spot. Every night, the same song would be different lengths. Sometimes. they'd do three- or four-hour sets — it was just magic.' This emphasis on spontaneous creation carried over into the sessions for Eric Burdon Declares War. Basic tracks were recorded January 2-4. 1970, at Wally Heider's studios in San Francisco, with overdubs done at Crystal in Los Angeles. The free-flowing approach of the album starts immediately with 'The Vision Of Rassan,' a piece that begins with a jaunty gospel/rock feel before sliding into a horn-driven soul-revue sound. 'That song was a tribute to [jazz reed player] Roland Kirk.' says Harold Brown. 'Eric turned us on to Kirk's music — he was always sitting us down somewhere and playing different things. He inundated us with music.'

Eric Burdon and The Animals

Sky Pilot was a 7:21 song that had to be split in two to accommodate the 45 rpm format. Part One with Eric Burdon’s vocal and the first four verses became a sizable hit [#14] in June 1968, a month before the group disbanded. Part Two is an extended guitar solo that segues into the noise of planes taking off, an apparent parade with bagpipers and crowd noises and then the last two verses. As the song ends, one is left with the contradiction of how young men can be both 'soldiers of God' with the fate of their country in their hands and obey the 6th Commandment, "Thou shalt not kill."

The British group The Animals began as The Alan Price Combo in Newcastle-upon-Tyne, England. In addition to Price, born April 19, 1942, on keyboards, it featured Eric Burdon (born May 11,1941) on vocals, Bryan 'Chas' Candler (born December18, 1938) on bass, Hilton Valentine (born May 21, 1943) on guitar, and John Steel (born February 4, 1941) on drums [The group that recorded Sky Pilot was minus Alan Price and John Steel from its original lineup, with Steel having been replaced by Barry Jenkins]. Their arrival on the music scene in 1964 coincided with that of Manfred Mann, The Hollies and The Zombies, groups for who The Beatles, The Dave Clark Five, The Rolling Stones and others had already paved the way.

The Animals' first release for MGM, an electric cover of the folk song The House Of The Rising Sun, immediately shot to #1 on both sides of the Atlantic. For their next five releases they reworked more blues-type songs such as Boom Boom and Bring It On Home To Me, a style that well-suited Burdon’s raspy voice. Then they, like many of their colleagues, they turned to New York’s Brill Building songwriters. It was their 1965 recording of Brill stalwarts Barry Mann and Cynthia Weill’s composition We Gotta Get Out Of This Place that first and forevermore endeared The Animals to Vietnam soldiers 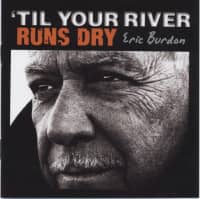 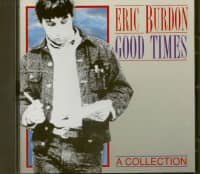