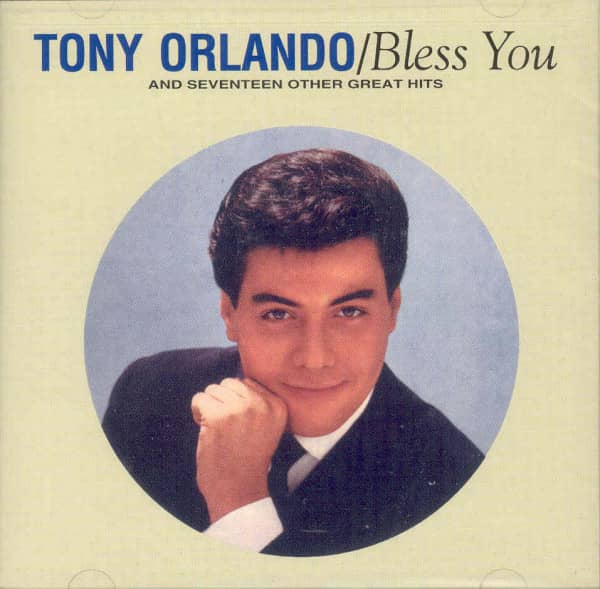 CD on COLLECTABLE RECORDS by Tony Orlando - Bless You

Tony Orlando, born in New York, on April 3, 1944, first worked as a singer on demonstration discs for Don Kirshner's famous Brill Building music publishing operation. Orlando cut the originals of 'Will You Still Love Me To-morrow' and 'Some Kind Of Wonderful' (hits for the Shirelles and the Drifters) before Kirshner realized his potential as a singer in his own right. He specialized in the perfectly organized pop single and had three hits on Epic during 1961: 'Halfway To Paradise' (a British hit for Billy Fury), 'Bless You' (Top Twenty) and `Happy Times'. As a vocalist, he was one of the first 'blue-eyed soul' singers and the productions — by Kirshner and Al Nevins — were almost symphonic.

But despite the rich strings, Spanish guitars, castanets and girl choruses, it was Orlando that you heard. Hours of practice in acappella groups had helped to perfect a distinctive voice which often outshone the Goffin-King songs he was given. Machine-tooled, market-tested pop can be fine when you hum like Ben E. King. Although the Orlando voice disappeared later in the Sixties, he re-appeared in the next decade with a string of equally successful records with Dawn