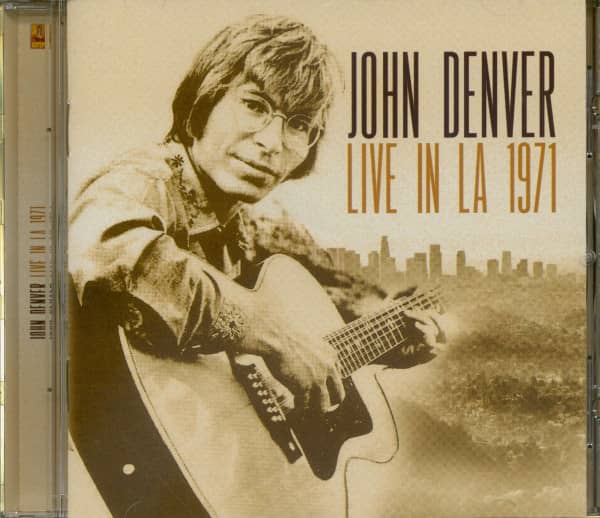 John Denver Live in LA 1971
On September 1, 1971, John Denver played the Troubadour in West Hollywood with just acoustic guitars and a double bass, shortly after 'Take Me Home, Country Roads' became his first hit. Broadcast on KDAY-AM in Los Angeles, the performances on this CD include versions of that smash and his famous composition 'Leaving on a Jet Plane.' Also featured are other songs from his early albums and covers of compositions by James Taylor, Tom Paxton, and Merle Haggard.

In the late summer of 1971, John Denver had just started to become a national name after a half-dozen years as a recording artist. In the spring, 'Take Me Home, Country Roads' had become one of the biggest hits of the year, soaring to #2 and staying in the charts for 23 weeks. Shortly afterward, Poems, Prayers & Promises became his first hit album, peaking at #15 and enjoying 31 weeks in the Top Forty. Denver had already written a #1 hit with 'Leaving on a Jet Plane,' taken by Peter, Paul & Mary to the top of the charts in 1969. Now, however, he was a singer-songwriter star in his own right, landing hits in both the pop and country charts throughout the 1970s. Broadcast on KDAY-AM in Los Angeles, these performances from his September 1, 1971 set at the Troubadour in West Hollywood mixed material from various phases of his still-young career. As well as featuring 'Take Me Home, Country Roads' and 'Leaving on a Jet Plane,' he also presented compositions by other noted singer-songwriters with roots in the folk revival. As his acoustic guitar was backed only by acoustic guitarist Mike Taylor and double bassist Dick Kniss, it's early-197os Denver at his fondest and, on lighter tunes like 'I Lost My Heart on a 747,' most comic.

Denver first came to prominence in the folk world as part of the Mitchell Trio, with whom he cut three albums in the mid-196os. 'Leaving on a Jet Plane' was recorded by the Mitchell Trio on their 1967 LP Alive, and was featured on Peter, Paul & Mary 170o album the same year, but didn't become a hit for them until 1969. By that time Denver had left the Mitchell Trio to start a solo career on RCA Records, but his first three LPs for the label barely or never charted, leaving 'Take Me Home, Country Roads' to pave his breakthrough.

Joining him for his Troubadour performance of this hit are the folk duo who helped him write it, Bill Danoff and Taffy Nivert, whom he'd met while working together at the Cellar Door club in Washington 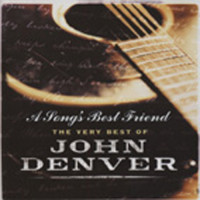 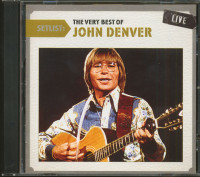 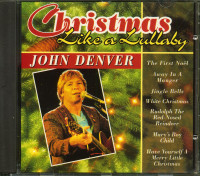 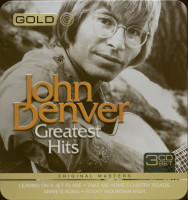 Tracklist
Denver, John - Live In LA 1971 (CD) CD 1
01 Starwood In Aspen
02 Carolina In My Mind
03 Readjustment Blues
04 Last Night I Had The Strangest Dream
05 Saturday Night In Toledo Ohio
06 Leaving On A Jet Plane
07 I Lost My Heart On A Seven Four Seven
08 Intro To Sixty Second Song
09 Sixty Second Song For A Bank
10 Poems Prayers And Promises
11 Intro To Okie From Muskogee
12 Okie From Muskogee
13 Take Me Home Country Roads