(2017/Real Gone) 20 tracks.
Though they never achieved the popular success enjoyed by some of their peers, Delaney & Bonnie Bramlett spearheaded the roots-rock revolution of the late '60s and early '70s along with The Allman Brothers and The Band, turning away from the exoticism of psychedelia towards music 'rooted' in blues, country, and soul. Witness the fact that the 'And Friends' that played with the pair included Eric Clapton, George Harrison, Leon Russell, Dave Mason and Bobby Whitlock... out of Delaney and Bonnie's various aggregations arose Derek and the Dominoes and Joe Cocker's band for the legendary Mad Dogs and Englishmen tour. And for Motel Shot, the duo's fourth studio album and their third for Atco/Atlantic, the circle of 'friends' included Cocker, Whitlock, and Mason, plus appearances by Duane Allman, Gram Parsons, and John Hartford among others! Expanded version with 7 bonus tracks.

For their fifth LP, Delaney & Bonnie went low-key, re-creating the feel of musicians making music for themselves after the show. In a swift kick of irony, the LP yielded their greatest hit, in fact their trust fund. "When we did that 'Motel Shot' album it was on a little six track recorder and they hung microphones everywhere in the house so they'd pick up whoever was playing,” Delaney recalled years later. "The reason I called it 'Motel Shot' was because we used to wind down from our shows and I'd say, 'Let's go back to the motel and have us a motel shot.' So they'd know I had written a couple of new songs and we'd go back to the motel and jam on 'em. So when we did the album, I said this is going to be a take one situation. There would be no take twos. So in the middle of the session, Gram Parsons walks in and he's had him a few too many beers. He walks in while Leon was taking a solo and just says real loud, 'Hey Delaney! You ought to be recording this. This is great!' I looked over at him and said (whispering) 'I am!' He finally figured it out, then came over and started singing. But you can hear the door slam and him talking on the album.” Never Ending Song Of Love was pulled from the LP and issued as a single, becoming Delaney & Bonnie's biggest hit when it peaked at #13. But the song's after-life was astonishing. In England, the New Seekers took it to #2, and four artists cracked the country charts with it (Dickey Lee's abominable version peaking at #8). Altogether, one hundred artists have recorded it. The love ended but the royalties endured. 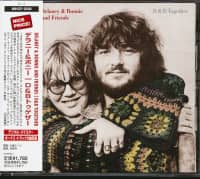 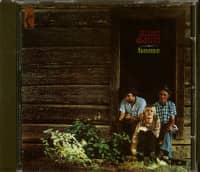