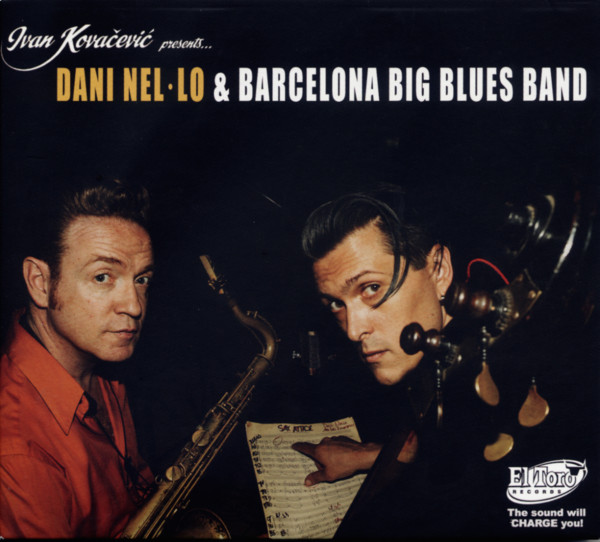 (2014/El Toro) 13 tracks (45:19) digipac
Traditionally, Barcelona has good jazz Big Band and swing bands Since the early seventies to the present, there have been many musicians and arrangers of the city that have been seduced by the power and versatility characteristics of this type of line up. But so far, none of them had done it with the will to point to blues and rhythm and blues. The Barcelona Big Blues Band, under the direction of bassist Ivan Kovacevic, combines a group of good musicians that create an energetic sound as well as wild and sophisticated. Through his arrangements, Kovacevic applies to the Big Band all the experience and knowledge he has acquired playing in small combos. The resulting is a stream of sound in the tradition of bands like T-Bone Walker's and Johnny Otis'.

The Barcelona Big Blues Band at every concert has the support of a national and international guest artist making of the show this way in an unique proposal. Sharing the stage with names like Dani Nel.lo, Myriam Swanson, Agusti Burriel, Pere Puertas, Big Dani Perez, Blas Picon, Ray Gelato, Mike Sanchez, Steve Lucky, Marc Tortorici, Carmen Gettit etc. they big band has ensured that the crowd enjoys the same way they do when playing .... with all their heart!