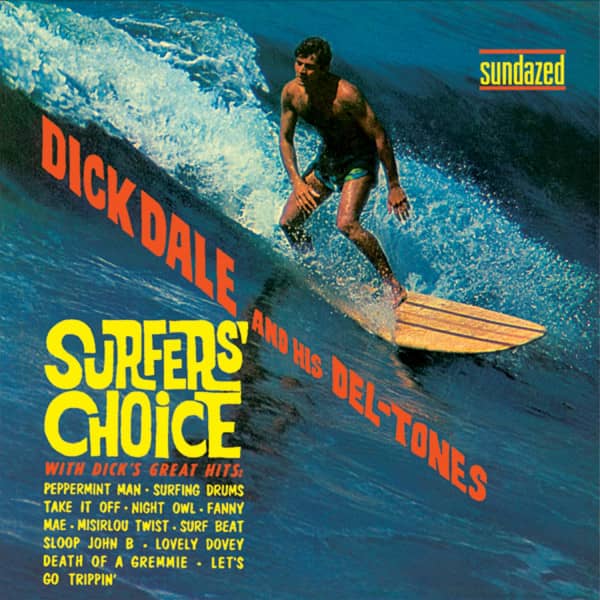 The one that started it all in 1962! On his debut album, Dick Dale managed to capture on tape the ferocious surf sound he was creating for over-the-top audiences at the Rendezvous Ballroom. Songs like “Let’s Go Trippin’,” “Miserlu Twist” and “Surf Beat” helped define the surf genre and send untold aspiring guitarists in search of their own Stratocasters and Fender Showman amps. None of them could match the intensity and directness of Dick’s approach to the instrument. But at least one acolyte, young James “Jimi” Hendrix, did all right for himself in the end. Pick up Surfer’s Choice and hear the sound that launched a musical genre! This Sundazed Music edition of Surfer’s Choice is pressed sourced from the original analog masters. Listen to that surf beat!