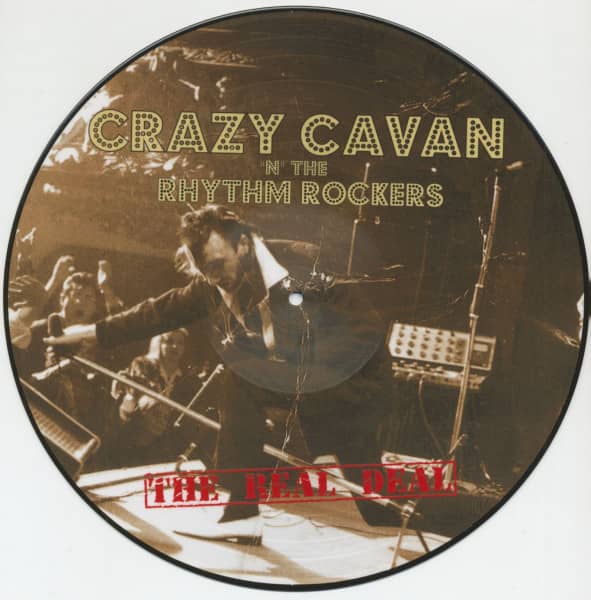 Oh, crazy. Already in 1964 the Welsh musicians Cavan Grogan, Lyndon Needs, Terry Walley and Gerald Bishop founded the band Screamin' Count Dracula & The Vampires, which later changed its name to The Sundogs and finally entered the ring as Crazy Cavan N' The Rhythm Rockers in 1970 in a slightly changed line-up.

The classical Rock'n'Roll had hardly had to let the hip Beat-Pop feather in the early 60's, but the defiant counter-movement from the underground had already started, here the roots for the 'Revival Rock'n'Roll' were laid, which quickly traded as 'Teddy Boy Rock'n'Roll' because of lyrical references to the British youth gangs.

Crazy Cavan N' The Rhythm Rockers are probably the first, but certainly one of the most important bands of this "Rollback" and to this day with regular live shows continuously. The last and current studio album The 'Real Deal' was released as a CD in 2015 and is now available on the label Rebel Music as a vinyl LP for the first time!