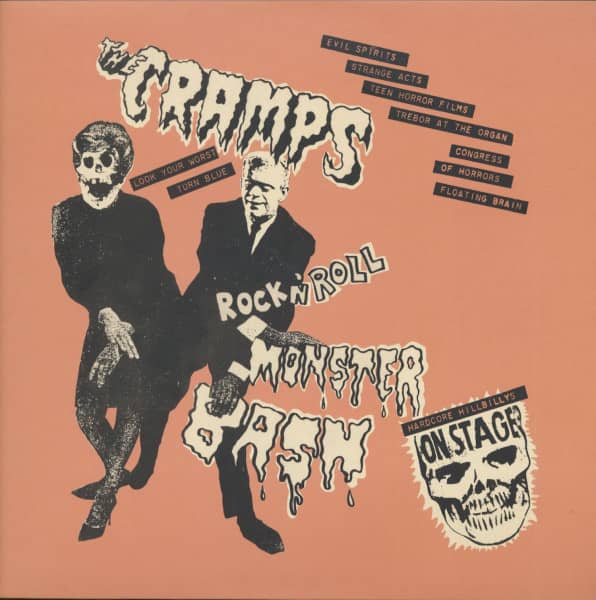 One of the most beloved and highly prized bootleg LPs by fans, Rock 'n' Roll Monster Bash captured THE CRAMPS at a crossroads: founder member and iconic guitar-slinger Bryan Gregory had just walked out on the band at the height of their initial success. In order to fulfill their live commitments, the band drafted in guitarist, Julien Hechtlinger from NYC shock-punkers, The Mad. Under the nom-de-Cramp .Tulien H (or Griensnatch), the young guitarist played a handful of shows with the band from July to September 1980, including their infamous show at the Santa Monica Civic Auditorium captured in Urgh! A Music War... and, of course the legendary show contained on this record from .Tuly 18 1980 at The Edge, Toronto. After parting ways with Julien in September 1980, THE CRAMPS relocated to Los Angeles where they hooked up with Kid Congo Powers and entered their imperial phase as the greatest rock 'n' roll band in the world.

The original Monster Bash bootleg surfaced in the early '80s on Turn Blue Records either with a full printed sleeve or white sleeve with A3 wraparound photocopied art and featured 6 songs from the band's first set at The Edge and 7 from their second. Although the recording used on the bootleg was from Toronto in 1980, the actual Rock 'n' Roll Monster Bash, from which the classic poster art used on the record's sleeve was derived, took place two years earlier at Hurrah, NYC on 28 October 1978.
For this deluxe reissue, Ill Eagle Records have sourced complete soundboard tapes of both sets. In addition to offering 5 additional songs, the sound quality is vastly superior to the original LP. However, in the interests of providing a complete document within the time parameters of a vinyl record, the order of the night's first set has been slightly altered and some instances of crowd noise and (regretably) some of Lux's stage banter has been edited. Purists will find the unexpurgated recording on Ill Eagle Record's CD release. As the poster artwork from the earlier show has now become synonymous with the recording from Toronto, the poster included with this deluxe edition has been slightly modified to represent this venue and date of recording. 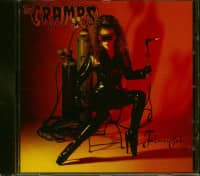 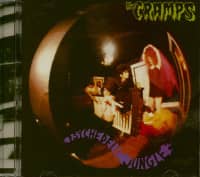 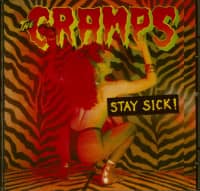 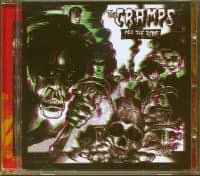