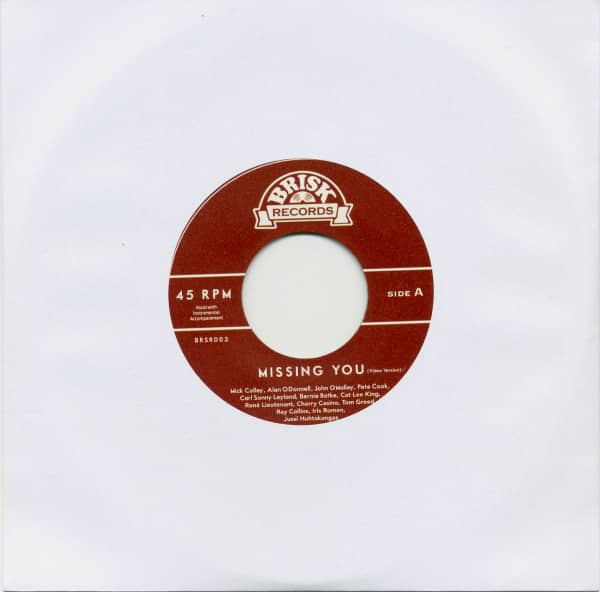 (Brisk) 2 tracks
Ray Collins has produced this single together with good friends in these difficult Corona times and writes:

'I am more than thrilled that these great musicians have recorded a song with me. Originally I had planned to do a session in the USA this year. But that was just another plan that fell through. So like many other musicians, I tried to make the best of it and contacted some of my favorites to see if they were willing to help me record a song. And boy, did I have big ears when I heard what they sent me. Please support these and all other musicians by never forgetting the importance of music and live music.