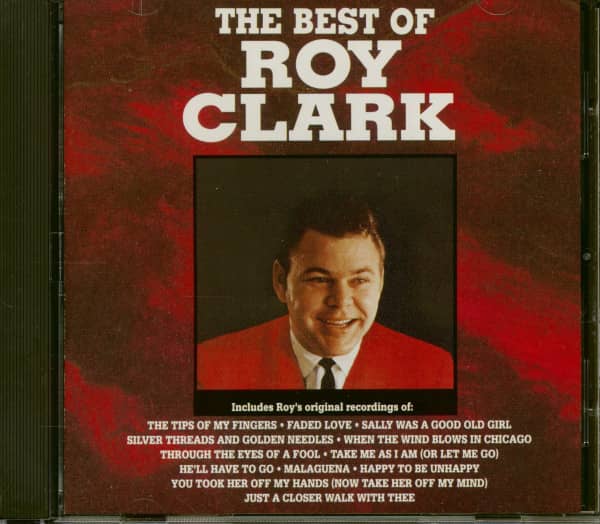 Born in Meherrin, Virginia, on April 15, 1933, Roy Clark won National Country Music Banjo Competition, not once, but twice in the late 40's, while still a teenager! Roy later moved to Washington, D.C. with his family, where the Clark Family Group appeared on the Hayloft Conservatory of Musical Interpretation television series in 1948.

Roy went on solo in the 50's with appearances on the hit shows of Jimmy Dean and George Hamilton IV. In the 60's, Roy was featured on the smash hit television series, "The Beverly Hillbillies," as "Cousin Roy," and also as his Mother, "Big Mama Halsey." In June of 1969, Roy became the co-star with Buck Owens of "Hee Haw." Twenty-one years later, Roy is still starring on the incredibly long-lasting, winning television show!

All through Roy's outstanding television career, he was equally successful in his recording career, concert, and club appearances. Roy's first hit recording, "The Tips Of My Fingers" is spotlighted in this fine collection, along with other hits, "Through The Eyes Of A Fool," and "When The Wind Blows In Chicago," plus Roy's exceptional versions of classics such as "Faded Love," "Silver Threads And Golden Needles," "He'll Have To Go," and many more country favorites.

with Roy Clark: vocal and guitar; others unknown.

We first heard Roy Clark playing guitar on Jimmy Dean's 1952 hit Bummin' Around. Later, he worked for Marvin Rainwater (who fired him for upstaging), Jimmy Dean again (who fired him for lateness), and Wanda Jackson. Wanda's manager, Jim Halsey, landed Clark a deal on Capitol where he scored a few small hits before being let go. Halsey’s Nereco Productions cut another deal, this time with Joe Allison who'd been a songwriter (He'll Have To Go), dee-jay, song-plugger, and head of Liberty Records' country division. As an independent producer, Allison licensed Clark's recordings to Dot. This was 1968, one year before Clark shot to national prominence on Hee-Haw. Allison understood that Clark thrived on novelty or semi-novelty songs, and found one published by steel guitarist Pete Drake and engineer Tommy Hill. Among those in Drake's orbit was guitarist Ed Nix, who’d seen “Thank God she's gone” on a Greyhound restroom wall, and got the idea for a song.

Drake placed Hix with another of his writers, Larry Kingston, who'd moved to Nashville in 1965 to work with Tommy Hill as a songwriter and recording artist at Starday. After Hill joined Drake at Stop Records, Kingston moved there too. Kingston's specialty was novelty songs like Pittsburgh Stealers for the Kendalls and Lovin' Machine for Johnny Paycheck. Kingston and Nix used the split tempo to great effect, and the post-departure segment allows Clark's natural ebullience to shine. Clark had been appearing on television since 1949 so he was well and truly ready when Hee Haw called. He became the first country musician to host The Tonight Show and almost singlehandedly popularized Branson as an elephants' graveyard for over-the-hill country singers. Now eighty, he still performs occasionally. Kingston died in 2009, still trying to write the next hit. Nix retired from music to work for Cobb County schools in his native Georgia, and died in 2004. 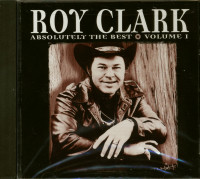