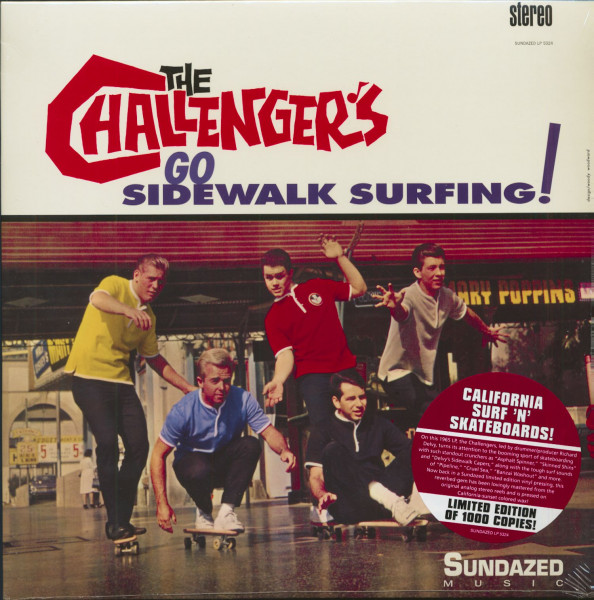 The Challengers were one of the first--and one of the best--of the California surf combos. They were also one of the most prolific, turning out a series of ultra-cool LPs that stand with the surf genre's most beloved recordings. The Challengers, led by drummer/producer Richard Delvy, originally grew out of the breakup of the pioneering surf outfit the Bel Airs, and took their predecessors' achievements several steps further, creating some of the era's most powerful surf instrumentals.

On this 1965 LP, the Challengers turned their attention to the booming sport of skateboarding, as the titles of such standout tunes as 'Asphalt Spinner,' 'Skinned Shins' and 'Delvy's Sidewalk Capers' demonstrate. Elsewhere on the album, the band honors its surf roots with board-busting renditions of such surf standards as 'Pipeline,' 'The Cruel Sea' and 'Banzai Washout,' which showcase the Challengers' imaginative compositions and peerless instrumental chops. After being out of print on vinyl for decades, this killer platter is back, remastered from the original analog tapes, pressed on high-quality high-definition vinyl and packaged in its complete original cover art.