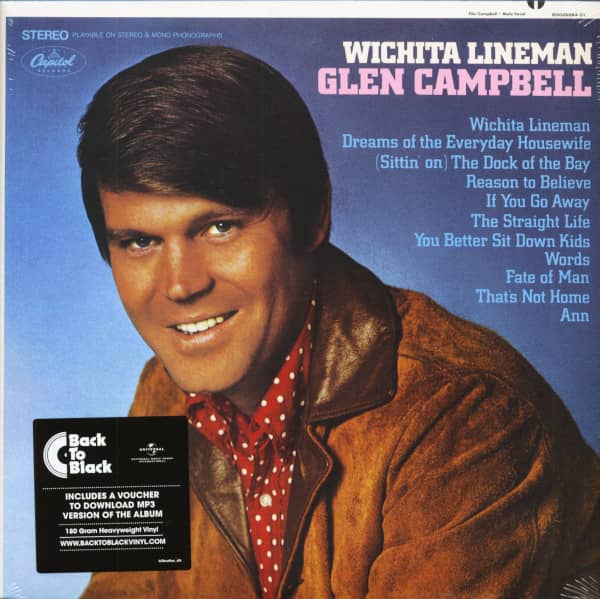 Glen Campbell is much more than just the Rhinestone Cowboy (his biggest hit from 1975). Prior to his solo career, as a studio musician he was part of the legendary Wrecking Crew, which was honored with a feature film in 2008 - a good dozen highly talented musicians who contributed music for the greatest stars of the guild: for Elvis as well as for Frank Sinatra, for the Beach Boys, the Righteous Brothers and the Monkeys. All in all, this musician elite had a finger in the pie with more than 40,000 unimaginable productions!
Universal brings back Glen Campbell's most important studio albums of the late 1960s as 180g editions on vinyl: Gentle On My Mind (1967), Wichita Lineman (1968), Galveston (1969).