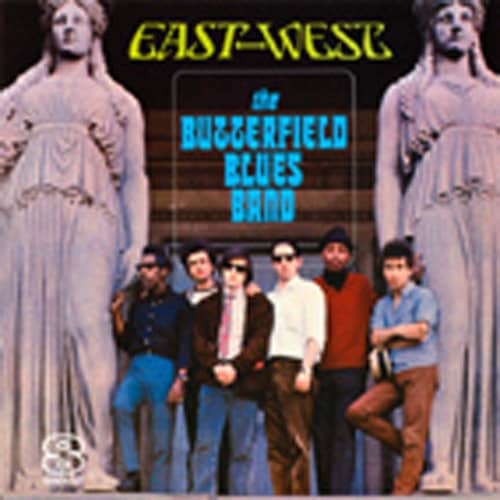 1966's East-West, the second album from the Butterfield Blues Band'and their last with lead guitarist Mike Bloomfield'found the group branching out from the electric blues and adding elements of modern jazz and the music of India, most notably on the landmark title track, which paved the way for much of the musical experimentation of the late '60s.
'Sundazed's East-West packs a sonic punch, revealing the scorching guitars and gritty-sounding harmonica in all their ragged glory. During Bloomfield's solo on the title track, an open soundscape clearly brings out the texture of details like the drum heads being hit by a mallet and Butterfield's harmonica riffs under the guitar lines. Not a bad place to start.'
-Absolute Sound Magazine

During the early 1960s, young blues aficionados in their teens like Charlie Musselwhite, Michael Bloomfield, and Paul Butterfield ventured into the blues clubs on Chicago’s South Side to attend performances by the originators of post-war electric Chicago style blues like Otis Rush, Little Walter, Buddy Guy, Magic Sam, Howlin’ Wolf, Muddy Waters, a.m.o. Eventually, they found their way on stage jamming with the black bluesmen they so much apprenticed.

Not long after the release of ’East-West’, the original Butterfield Blues Band broke up. Bloomfield went on to found The Electric Flag with soul-mate Nick Gravenites, and to record ’Super Session’ in collaboration with Al Kooper.

The now-called Paul Butterfield Blues Band continued to record for Elektra Records until 1971. Butterfield added a brass section (including David Sanborn on alto saxophone) and changed his basic musical direction from blues to horn-driven R&B and soul music with a bluesy touch. As a sideman, he played on Muddy Waters' 1969 album, ’Fathers and Sons’, and after disbanding his Blues Band in 1972, moved to Woodstock, New York. There he formed Butterfield's Better Days with Amos Garrett, Geoff Muldaur, and Ronnie Barron.

In 1976, Butterfield appeared at The Band’s ’Last Waltz’ concert. He continued to tour with Levon Helm's RCO All Stars and with ex-Band bassist Rick Danko in the Danko-Butterfield Band. In early 1980, while recording ’North-South’ in Memphis, Butterfield was hospitalized. He recorded one more solo album, ’The Legendary Paul Butterfield Rides Again’, which came out in 1986, one year before the 44-year-old musician was found dead in his apartment. 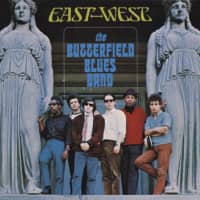 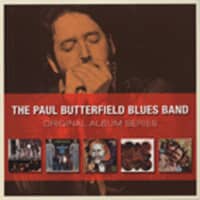 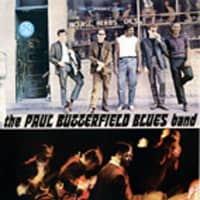