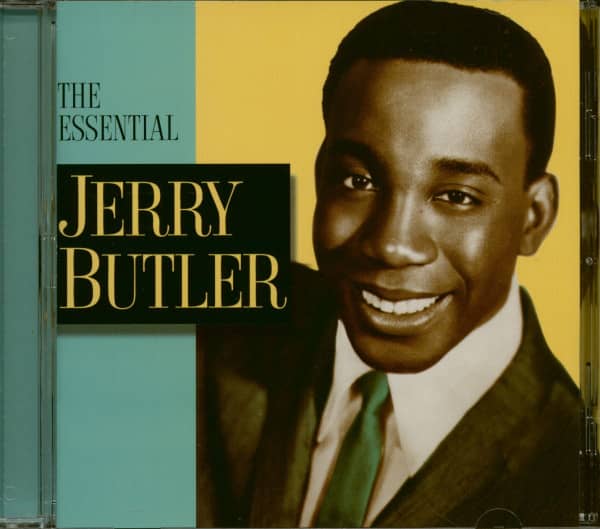 Jerry Butler was born in Sunflower, Mississippi on December 8, 1939, and migrated to Chicago with his family when he was three years old. Enrolling at Washburn Trade School, he trained for a career in restaurant management. To that point, most of his singing had been done in church, and in the course of performing with the Northern Jubilee Gospel Singers, he met Curtis Mayfield.

They branched from gospel music into doo-wop, but joined separate groups. Around 1956, they met two brothers from Tennessee, Richard and Arthur Brooks, who, in conjunction with Sam Gooden, performed as the Roosters. Butler and Mayfield joined the Roosters, and auditioned for Vee-Jay Records, but were turned down. A friend of theirs, Eddie Thomas (who would later be the ‘Tom’ in Curtis’s Curtom Records), introduced them to Vi Muszynski who had been negotiating with Vee-Jay to distribute her new label. The Roosters would be the first act on this proposed label. The deal fell through, but the group found themselves on Vee-Jay, probably with Muszynski’s help. “They sang about five or six numbers and sounded pretty good,“ Vee-Jay vice-president Calvin Carter told Mike Callaghan, “so I said, ‘Do me a favor. Sing me a song that you wrote, one that you're almost ashamed to sing in public.' So Jerry says, ‘Hey, let's sing that church type song!' And Curtis says, ‘No, no, not that one.' I said, ‘Well, let's hear it.' The song was ‘For Your Precious Love.' I signed them on the spot, and recorded them on the Wednesday after I signed them [Butler, incidentally, dates the session to a Friday morning at the Universal Studio on Walton Street]. Now I took the dub over to my sister Vivian, and she put it on the air and we got immediate reaction.

We also took it over to the record store and played it over the loudspeakers outside. Now at that time, there was a very big R&B singer named Roy Hamilton, who had had ‘You'll Never Walk Alone.' Jerry Butler sounded just like him, and everybody came up and thought it was a new Roy Hamilton record. They asked, ‘Who is it?' and I said, ‘The Impressions.' But they said, ‘No, who's the singer?' I had made a mistake previously with the Spaniels; if I had given Pookie Hudson credit on the records as lead singer, I could have had two acts when they broke up, but I hadn't given him credit so he was unknown. I told myself that I would never do that again, that I'd give the lead singer credit on the record. So I put the record out as ‘Jerry Butler and the Impressions.' And they screamed. It almost broke the group up.

They came running in to me with it, saying, ‘What is this? We don't want it on the label; all for one and one for all.' So I said, ‘Well, okay. On the next pressings of the record, I'll change it around.' But I never got around to changing it. As a result, I got two acts out of that one act." Carter’s account notwithstanding, Butler’s emergence as a solo artist was probably an attempt by Vee-Jay to sidestep the override paid to Muszynski by prising Butler from the group and then letting the group go. Muszynski appears to have come out of the deal with sufficient funds to start Bandera Records (named for Slim Whitman’s Bandera Waltz). The Impressions were soon on Bandera, albeit only for one single, while Butler was on Vee-Jay until 1966. Jerry Butler and the Impressions had their first hit, thereby launching two of the most important careers in 1960s R&B. The record was test-marketed on Vee-Jay in May 1958, and reissued on Falcon/Abner Records the same month. “Falcon started because we were getting more orders, and for airplay purposes we wanted to get another label,“ Carter told Mike Callaghan. “So we used the name Falcon. We later found out that there was already a label in the south named Falcon, and they brought a suit against us, so we had to change the name, since they were a union label also. We changed the name of the label to Abner, although [Vee-Jay vice-president Ewart] Abner didn't own it.”

In piecing together the machinations that surrounded this record, we almost forgot to mention its extraordinary beauty, and the transformative power of gospel upon a love ballad.

Review 0
Read, write and discuss reviews... more
Close menu
Customer evaluation for "The Essential (CD)"
Write an evaluation
Evaluations will be activated after verification.
Weitere Artikel von Jerry Butler
Jerry Butler: Nothing Says I Love You Like I Love You & The... Art-Nr.: CDDIAB423 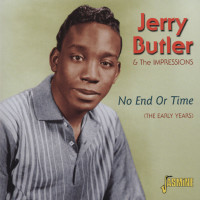 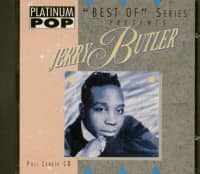 Tracklist
Butler, Jerry - The Essential (CD) CD 1
01 Only The Strong Survive
02 Hey Western Union Man
03 Moody Woman
04 A Brand New Me
05 I Could Write A Book
06 Walking Around In Teardrops
07 Don't Let Love Hang You Up
08 I Stop By Heaven
09 Go Away Find Yourself
10 Can't Forget About You Baby
Funktionale